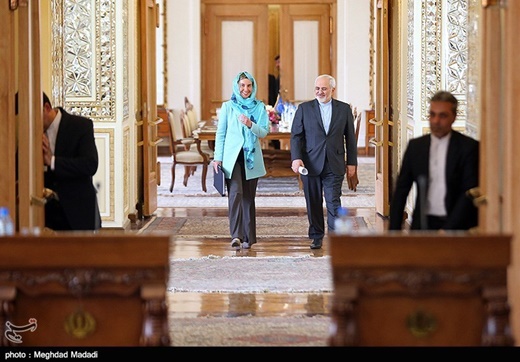 Speaking to Tasnim on Sunday May 5, the official made it clear that no such letter exists.

It came after rumours went around that Mogherini had sent Zarif a secret letter, saying the Group 5+1 (Russia, China, the US, Britain, France and Germany) has lived up to all of its commitments under a lasting nuclear deal with Iran, and that the outstanding problems in financial and banking ties with Tehran have nothing to do with their commitments under the accord.

While the Joint Comprehensive Plan of Action (JCPOA), the nuclear agreement between Iran and the Group 5+1 (also known as the P5+1 or E3+3) came into force in January, some Iranian officials complain about the US failure to fully implement the accord.

In an interview with Tasnim in April, Mogherini said the EU has been holding talks with the US to remove the obstacles in the way of banks trying to get into Iran after implementation of the nuclear deal.