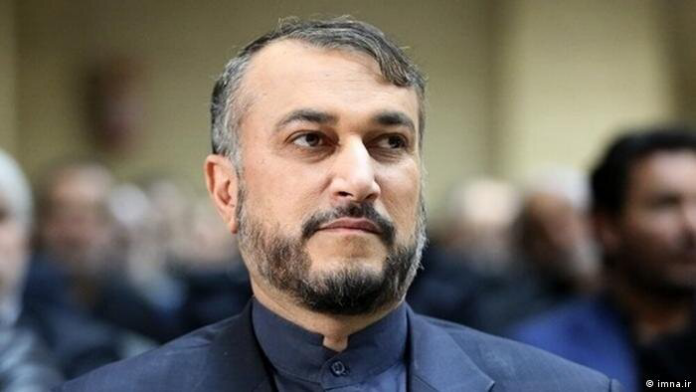 Iran’s Foreign Minister Hossein Amir Abdollahian says any talks over Iran’s nuclear program must lead to tangible results and the P4+1 group of countries should get ready for this.

In a tweet, Amir Abdollahian who is doing work in  quarantine due to infection with coronavirus, said Iran is not after talks just for the sake of talking and.

Referring to the recent US sanctions against Iran, the chief of Iran’s diplomacy added the White House claims it wants talks with Iran and intends to return to the Iran nuclear deal, JCPOA, and at the same time imposes new sanctions on Iranian individuals and entities.

The US Treasury imposed sanctions on a number of Iranian nationals and companies several days ago.

This drew condemnation from the Islamic Republic.

Iran says it’s hypocritical of Washington to ask for talks with Tehran and impose new bans on the country.

Iran has however noted that it will not give in to pressures over its nuclear energy program.

Tehran says talks over possible returning of the US to the JCPOA will resume by November’s end in Vienna.