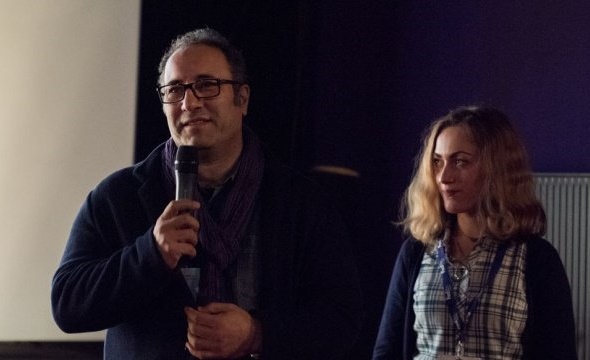 The closing ceremony of the 2017 edition of the event was held in Mons, the capital of Hainaut province in Belgium’s Walloon Region, on February 17, and the Iranian production grabbed four awards.

Competing in the International Competition section with 10 other films from across the globe, ‘Daughter’ won the Grand Prix of the festival, best actor award for Farhad Aslani, CICAE award and CineFemme award, the Iranian cinema website Cinetmag reported.

CICAE (International Confederation of Cinemas of Art and Essay) is awarded by an International Jury of cinema operators and festivals programmers and CineFemme is an association that presents films of authors in preview. It has been a partner of the festival for 18 years.

The film tells the story of an authoritarian and conservative father who is upset by the behavior of his daughter. Living in a southern city of Iran, the young girl leaves her hometown for Tehran without her father’s permission to attend a close friend’s farewell party.

At the Belgian event, 15 cinema students from Europe and the Middle East met Mirkarimi, 50, and talked to him about his films and directing style.

The jury prize for the best short film went to ‘The Silence’ by Ali Asgari and Farnoosh Samadi from Iran.

Premiered in the Short Film Official Competition at 2016 Cannes Film Festival, ‘The Silence’ tells the story of a little girl, a Kurdish refugee in Italy, who refuses to translate the doctor’s words about her mother’s illness and prefers to remain silent.