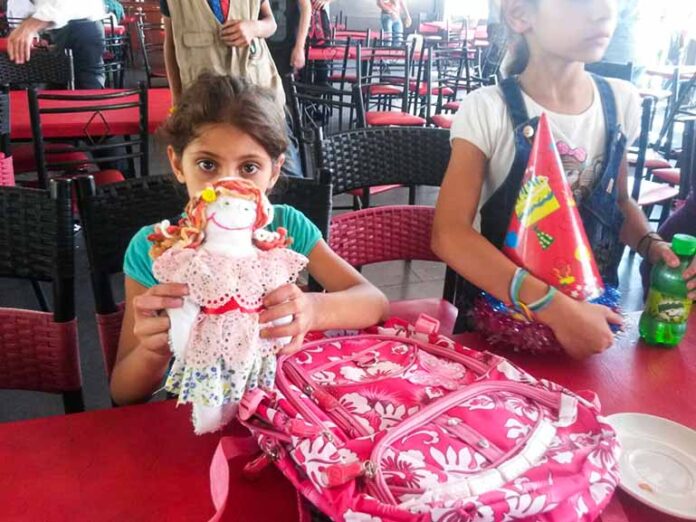 As a token of appreciation, the Syrian and Palestinian children drew some pictures and handed them to Iranian representatives at the event.

At a ceremony in Damascus on September 4, dolls purchased by Iranians benefactors – as part of a campaign dubbed “Silent Dolls” – were handed out to over 150 war-stricken Syrian and Palestinian children.

As a token of appreciation, the children drew some pictures and handed them to the Iranian representatives at the event.

Iranian singer Taha Choganbaz sang a song in two languages at the ceremony and after his performance said that the least he could do was to show solidarity with the stricken children and try to alleviate their suffering. He expressed hope he had provided a good day for the long-suffering children.

After Zionist atrocities came to a head in Gaza last summer, the Silent Dolls Campaign was launched and was welcomed by people across Iran.

Images of the ceremony released online by Tasnim News Agency: