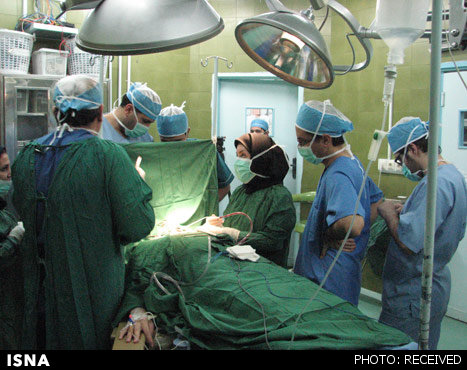 The surgery is conducted on men who have signs of maturity but their voice is still too feminine.

Iranian surgeons successfully conducted thyroplasty type III surgery to change a patient’s female voice to a male one at a hospital in Mashhad City, northeastern Iran.

The surgery is conducted on people who have signs of maturity but their voice is still a female type.

He said speech-language pathology is prescribed for these kinds of patients before the surgery, but operation is offered in case it fails.

According to Khadivi, the surgery can be conducted for people who have gone through sex reassignment surgery. Female voice frequency stands at 180-200 for women and reaches 100-120 for men.

The patient has gone through the surgery one year after speech-language pathology, he said, adding the operation took half an hour and under Local anesthesia during which frequency of the patient’s voice was investigated.