Iranian Cleric Urges Retaliation for US Breaches of Nuclear Deal 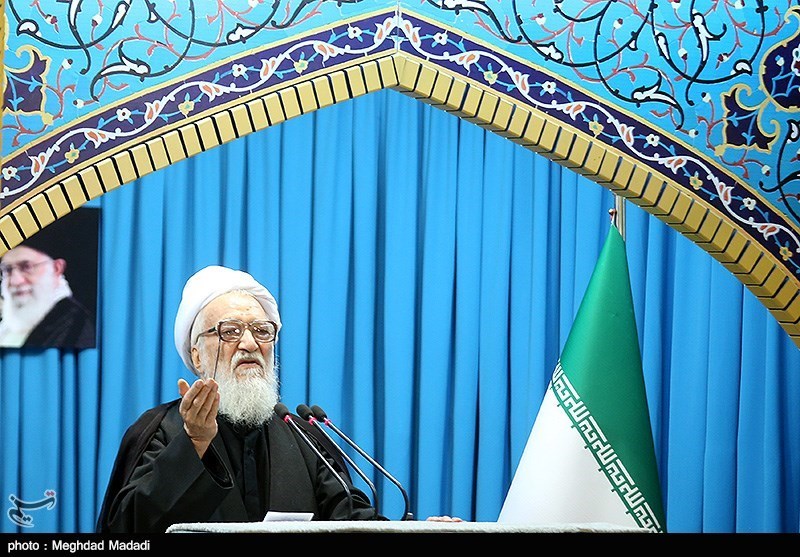 A senior Iranian cleric slammed the US Congress for its recent move to extend sanctions against Iran for another ten years, saying that it is now time for the Islamic Republic to retaliate such violations of the JCPOA, a nuclear deal between Tehran and world powers.

“Nothing is expected from the US except hostility (toward the Iranian nation) and now is the time for retaliation,” Ayatollah Mohammad Ali Movahedi Kermani said in an address to a gathering of Friday prayer worshippers in Tehran.

“We are disgusted by recent moves by the US,” he said, adding that if Washington seeks to tear up the nuclear deal, Iran will set it ablaze as Leader of the Islamic Revolution has said.

The US Senate voted unanimously on Thursday to extend the Iran Sanctions Act (ISA) for another decade.

The ISA will expire on Dec. 31 if not renewed. The White House had not pushed for an extension, but had not raised serious objections.

While the Joint Comprehensive Plan of Action (JCPOA), the nuclear agreement between Iran and the Group 5+1 (Russia, China, the US, Britain, France and Germany) came into force in January, some Iranian officials complain about the US failure to fully implement the accord.

In an address to a gathering of Basij forces in Tehran on November 23, Leader of the Islamic Revolution Ayatollah Seyed Ali Khamenei made it clear that implementation of the bill to extend sanctions on Iran for 10 more years will translate into a breach of the JCPOA.

“If such extension (of anti-Iran sanctions) is implemented and comes into force (in the US), it will be definitely a violation of the JCPOA,” the Leader said at the time.

“They (Americans) should know that the Islamic Republic of Iran will certainly show reaction to it,” Ayatollah Khamenei underlined.