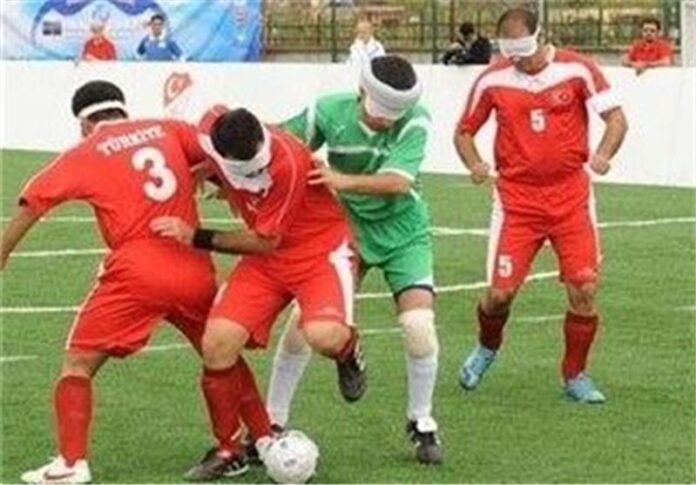 Iran 5-a-side blind football team was defeated by Brazil A in the final of the Brazilian International Challenge on Sunday June 5.

The Iranian team lost to the host 3-0 in the final match held at the Benjamin Constant Institute (IBC), in Urca, in Rio de Janeiro.

In the bronze-medal match, Argentina defeated Morocco 2-1 in the penalty shootout, <em>cpb.org.br</em> wrote.

Iran’s blind 5-a-side football team is now preparing for the Rio 2016 Paralympic Games, where the team has been pitted against host Brazil, Turkey and Morocco.

Group B consists of Argentina, China, Mexico and Russia.