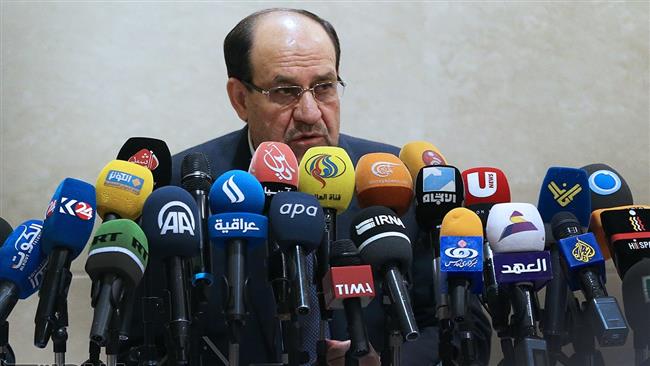 Iraqi Vice President Nouri al-Maliki has hailed Iran’s support for his country in the fight against terrorist groups, saying the Islamic Republic alone came to the help of Iraq in the war on Daesh Takfiri militants.

The Iraqi armed forces did not possess adequate weapons to fight the Daesh terrorist group but Iran equipped them with much-needed military hardware, Maliki said in a press conference in Tehran on Monday.

He added that Iran was the only country to assist Iraq in the battle against Daesh and other terrorist groups.

Maliki said several countries had declared their readiness to help Iraq in its war on terrorism but only Iran backed up its words with actions.

The former Iraqi prime minister also blasted Saudi Arabia’s policies in the Middle East and said Riyadh is the breeding ground for terrorism.

Maliki emphasized that Saudi Arabia has failed to achieve its objectives in the region and is currently paying the price for its wrong policy of supporting terrorists.

The Iraqi veep further said his current visit to Tehran is aimed at improving mutual relations, adding that the two countries have close and strategic ties.

Maliki arrived in Tehran on Saturday to hold talks with senior Iranian officials.

Iraqi Prime Minister Haider al-Abadi on August 10 hailed the presence of Iranian military advisors in the country’s battle against Daesh terrorists and said the Iranian advisors were present in Iraq on Baghdad’s request. 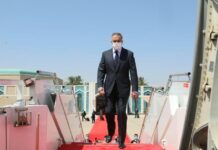