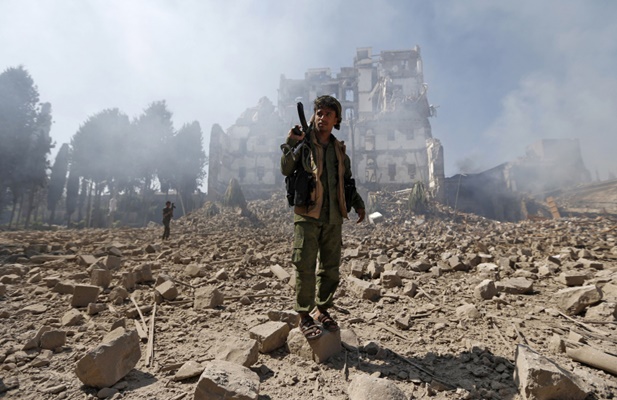 On the fourth anniversary of the Saudi-led coalition’s invasion of Yemen, the Iranian Foreign Ministry has condemned the blatant aggression on the country’s territory and called for an end to the war and bloodshed there as soon as possible.

In a statement on Monday, the Iranian foreign ministry emphasised that after four years of bellicosity and futile war against the Yemeni people, officials and international organisations have admitted that over 24 million Yemenis need help and more than 15 million suffer from malnutrition at the beginning of the fifth year of the war.

“Millions of children are starving not because of crises and natural disasters, but for four years of war and its continuation amid the silence and indifference of the international community,” reads the statement.

It also states that the Islamic Republic of Iran, in line with its principled policy of finding a political solution to the Yemeni crisis and within the framework of the four-point plan that was presented by Iran’s foreign minister at the start of military aggression against Yemen, expressed its full support for a ceasefire and the removal of the cruel economic and humanitarian siege on Yemen.

“The Islamic Republic also calls for a political consensus between all Yemeni political parties that can meet the expectations of the people of the country. Tehran further calls on the international community to support efforts to reduce the suffering of the Yemeni people, especially children and women.”

On March 26, 2015, Saudi Arabia and some of its Arab allies started carrying out deadly airstrikes against the Houthi Ansarullah movement in an attempt to restore power to fugitive former president Abdrabbuh Mansour Hadi, an ally of Riyadh.

Official figures show that four years of Saudi war on Yemen have also shattered over half of the country’s healthcare sector; a move that led to high mortality rate, especially for those who have not been able to travel abroad for medical treatment.

Four years on, the Saudis and their allies in the war and their foreign mercenaries have become bogged down.

Houthis and their allies say they will remain steadfast in their resolve to fight off the enemy until the liberation of Yemen from the occupiers.