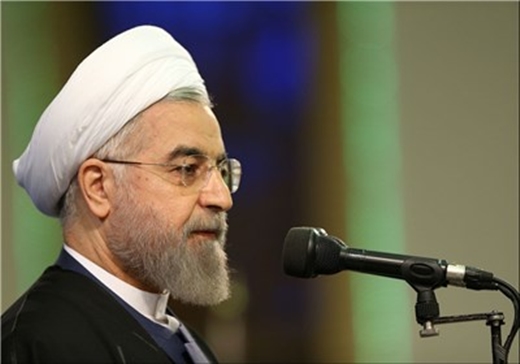 Development of good neighborly relations with Persian Gulf states is among the Iranian administration’s main policies; in our relations with others, Tehran thinks of the two sides’ interests, said President Rouhani.

“We want good and friendly relations with all our neighbors,” the president said Tuesday during a visit to the southern Iranian province of Bushehr which has a long coast on the Persian Gulf.

“Development of good neighborly relations with Persian Gulf states is among the (Iranian) administration’s main policies,” he also stressed, adding, “In our relations (with any country) we think of the two sides’ interests.”

He underlined that Iran neither interferes in any country’s (affairs) nor accepts others’ meddling in its own affairs, adding that clashes and meddling are in no one’s interest.

Elsewhere in his remarks, the Iranian chief executive referred to the production of 1000 megawatts of electricity in the Bushehr Nuclear Power Plant as one of the city’s main assets and said there are plans for building two more power plants near the existing one in the port city.

Last month, Head of the Atomic Energy Organization of Iran (AEOI) Ali Akbar Salehi announced that the country is planning to construct four new nuclear power plants as part of its broader effort to meet the country’s energy needs.

Salehi said Iran has drawn up plans to construct the new nuclear facilities with the help of Russia.