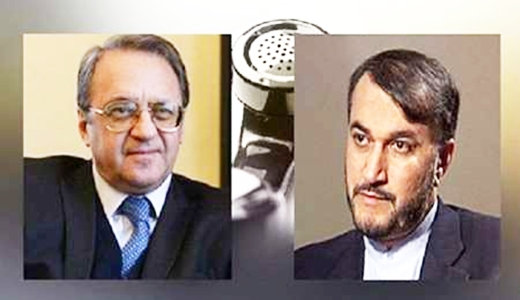 The two also stressed establishment of a ceasefire and dispatch of humanitarian aid to all regions except those where terrorists have a presence.

According to Amir-Abdollahian and Bogdanov, resumption of talks between Syrian opposition groups who believe in political solution and the Syrian government is top on the agenda of resolving the ongoing crisis in Syria.

Bogdanov is dur to pay a visit to Tehran in the near future upon an invitation from his Iranian counterpart.