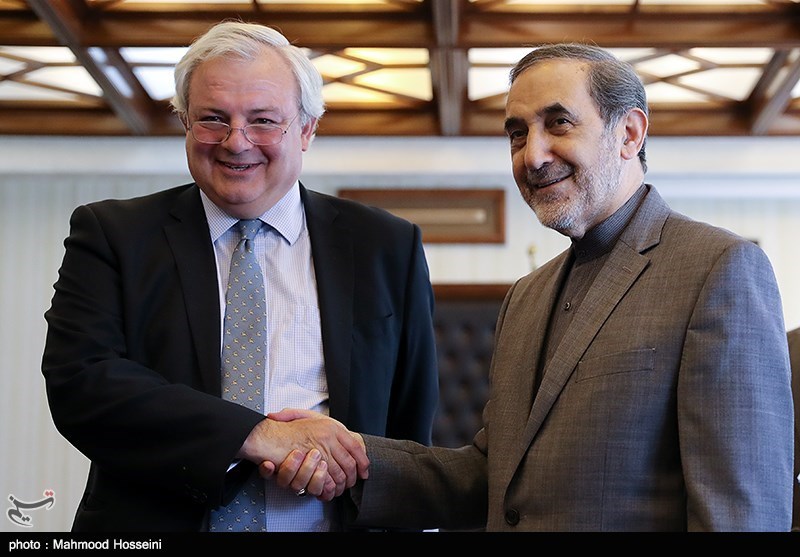 Head of the Strategic Research Center of Iran's Expediency Council Ali Akbar Velayati voiced Tehran’s readiness to provide whatever help for the United Nations in its humanitarian aid plans for the people of crisis-stricken countries.

“The Islamic Republic of Iran is ready to aid the United Nations, in any shape and any way, with relieving the pains of people in areas of crisis-hit countries,” Velayati said in a meeting with UN Under-Secretary-General for Humanitarian Affairs and Emergency Relief Coordinator Stephen O’Brien, in Tehran on Sunday.

Deploring the crises that have gripped civilians in Syria and Yemen, Velayati said Iran has focused efforts on the “peaceful settlement” of those conflicts.

For his part, O’Brien said the UN pays regard to Iran’s attitude towards the humanitarian aid plans in the war-hit areas, expressing the hope for effective measures to help people, particularly in the beleaguered cities.

Iran has already expressed readiness for contribution to the UN humanitarian aid plans for civilians in the region’s crisis-hit areas.

An Iranian deputy foreign minister had announced earlier that Tehran can immediately send oil tankers to different Yemeni ports, dispatch medical teams and build field hospitals in Yemen’s Sana’a, Aden, Sa’ dah or any other province the UN chooses, airlift consignments of medical and food aid to Yemen directly or through Djibouti, and help speed up the UN humanitarian plan by providing cargo planes and ships.