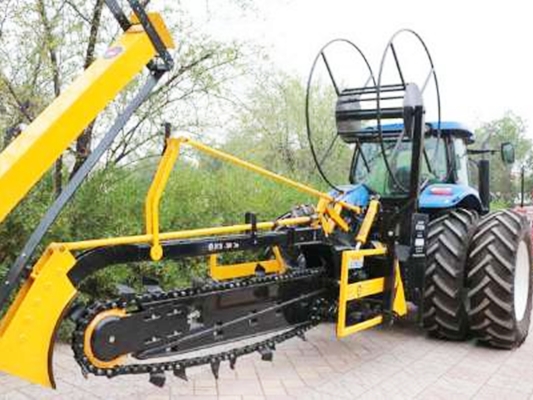 After unveiling a ditcher machine and a laser scraper made by one of the knowledge-based companies in Dezful, Iran joined the list of countries producing precision-guided laser and satellite farm machinery.

Speaking on the sidelines of the unveiling ceremony of high-tech agricultural machinery in Dezful, the Head of Khuzestan Mechanization Office of Agricultural Jihad Organization told IRNA that, regarding the high laser precision of this machinery, it is one of the best types of high-tech farm machinery in the world.

Mohammad Hossein Basiri noted the low cost of the ditcher machine as an important feature, which is half or one-third of similar foreign devices.

Regarding the unveiled laser scraper, he added that it has high precision, satellite navigation, 2.5-fold efficiency compared to foreign types, low cost and low-power consumption.