Iran Next in Line to Join SCO 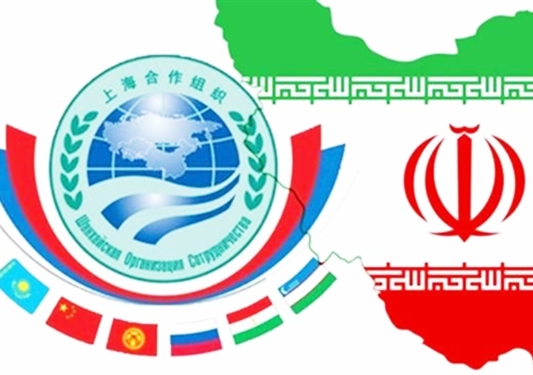 Iran is next to join the Shanghai Cooperation Organization (SCO) which will officially have India and Pakistan on its roster next week, Kazakh President Nursultan Nazarbayev has said.

Leaders of the regional security group, led by China and Russia, will meet for the summit of their leaders in Uzbekistan’s capital of Tashkent on June 23 and 24.

“We will meet up next time at the SCO forum, at which we will include India and Pakistan into the organization,” Russia’s Interfax news agency quoted Nazarbayev as saying on Saturday.

“Iran is the next. So, this organization with three billion residents is becoming a huge power,” he added.

There is optimism that the entry of India and Pakistan into the grouping will have sobering effect on the two nuclear arch-rivals’ ties.

“Besides adding 1.5 billion people under the SCO umbrella, the India-Pakistan admission may also help improve strained ties between India and Pakistan by opening another communication channel,” Xia Yishan, a research fellow of Central Asian studies at the China Institute of International Studies, said.

India and Pakistan had their admission finalized at Ufa summit in Russia last year but the procedures including the adoption of all SCO documents by both countries are still under way and they may have to wait until the 2017 summit for formal seat among its members.

Iran has long sought membership in the SCO but the group kept the country waiting until it reached an agreement with the US, Europe and other key international players on its nuclear program.

With the addition of Iran, the group would control around a fifth of the world’s oil and represent nearly a half of the global population.

The SCO has also sought unity with the BRICS group of world countries – Brazil, India, South Africa, China and Russia. The two bodies have agreed to coordinate efforts to keep their economies stable, launched a development bank and agreed on a currency pool.

Member countries are keen to offer an alternative to an outdated vision of a “uni-polar” world dominated by Washington.

For Russia, the SCO and its close cooperation with BRICS provides a timely counterbalance to Western sanctions over the Ukraine crisis and the West’s military expansion near Russian borders.

The SCO is also a boost to China’s plans to rebuild the Silk Road as its signature foreign policy initiative and reach markets in Europe and Africa.

Under the “One Belt, One Road” policy, unveiled by President Xi in 2013, Beijing seeks to build land, sea and air routes reaching across the Asian continent and beyond with the aim of boosting trade by $2.5 trillion in the next decade.

The West looks at the plan with suspicion, seeing it as part of a political gambit aimed at expanding China’s economic presence.