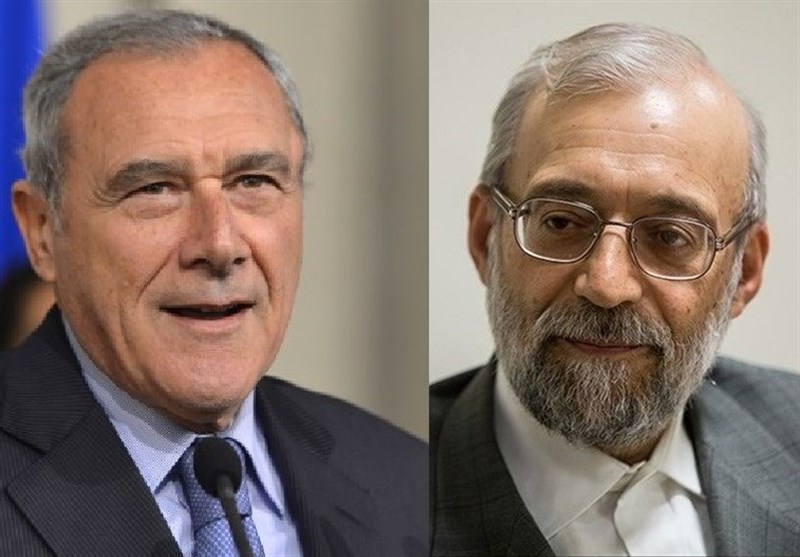 Officials from Iran and Italy hailed the most recent round of bilateral talks on human rights issues, with the both sides calling for closer interaction in the fight against terrorism, such as by the exchange of intelligence information.

Chief of the Iranian Judiciary’s Human Rights Council Mohammad Javad Larijani, who is in Rome for the third round of talks on Iran-Italy judicial cooperation, held a meeting with President of the Italian Senate Pietro Grasso.

Hailing Iran-Italy human rights talks for focusing on serious and specialized topics without any prejudices, Larijani said Iranian judges have managed to provide Italians with first-hand judicial experiences via these talks.

He further voiced Tehran’s support for an inclusive and global fight against terrorism, dismissing as “unconstructive” any move to classify terrorists as “good and bad”.

Larijani also welcomed the idea of mutual cooperation in battling terrorism through the exchange of intelligence, saying such close ties could spread to the war on drugs as well.

For his part, Grasso expressed Italy’s eagerness to strengthen relations with Iran in all fields, and lauded the human right and judicial talks with Iran as effective.

The Italian senator then warned of the serious threats that terrorism poses to Europe, stressing that cooperation with Iran could be quite useful in tackling terrorism.

The human rights negotiations between Iran and Italy began two years ago. In November 2014, a conference was held on Italy’s Sicily island, titled “Protection of Human Rights in Iran and Italy’s Criminal Justice System”.