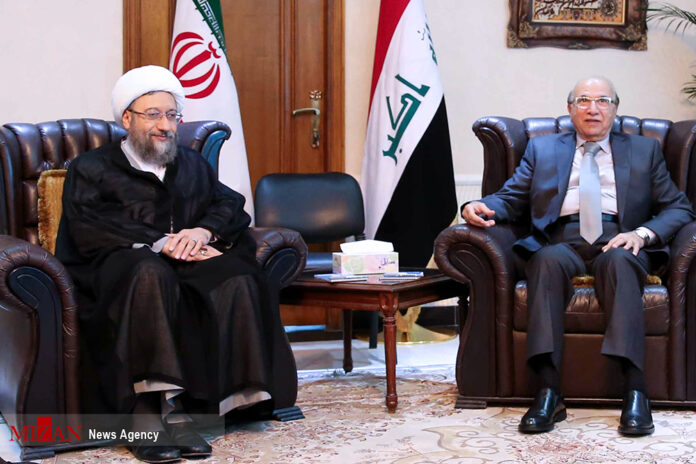 Iran’s Judiciary chief says the Islamic Republic and Iraq are capable of introducing their own version of human rights principles, saying the two neighbors will not bow to the Western reading of the concept.

Ayatollah Sadeq Amoli Larijani made the remarks after a meeting with Medhat al-Mahmoud, the head of the Iraqi Supreme Judicial Council, in Baghdad on Sunday.

There are “abundant commonalities” between Tehran and Baghdad, he said, adding that the two “are not supposed to accept the West’s version of human rights principles.”

The Iranian judiciary chief further said that a major Memorandum of Understanding (MoU) was signed between the attorneys general of the two countries for cooperation in human rights issues and the fight against terrorism.

He also stressed that the reinforcement of judicial and legal relations between Iran and Iraq could deepen their political ties.

The Iraqi official, for his part, emphasized that the two neighboring countries have no disagreements about the issue of terrorism and enjoy common rules to counter the scourge.