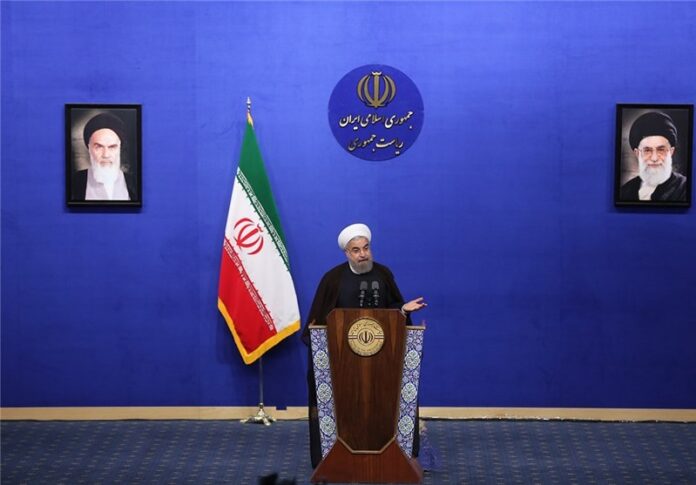 Iranian President Hassan Rouhani highlighted Tehran’s policy of non-interference in the internal affairs of other countries, noting that Iran favours security in the region and believes in letting nations decide their own fate.

Addressing a gathering of high-ranking Iranian military officials and commanders in Tehran on Tuesday, June 28, Rouhani said, “We do not intend to interfere in the affairs of any country, and will not let others interfere either, and people of the region should be able to decide for their own country.”

The President, however, made it clear that Iran is against groups that jeopardize the region’s security, adding, “We support safety for the region’s people and stand with them in the fight against the groups that seek terror and insecurity.”

He also underlined that Iran has never started any tension and never thinks of aggression against others, but at the same time boosts preparedness for defence to protect its territorial integrity with the help of the armed forces.

The President then reaffirmed his administration’s commitment to supporting and reinforcing the Iranian armed forces.

Iran has made it clear that its military might poses no threat to the regional countries, saying that the Islamic Republic’s defence doctrine is entirely based on deterrence.