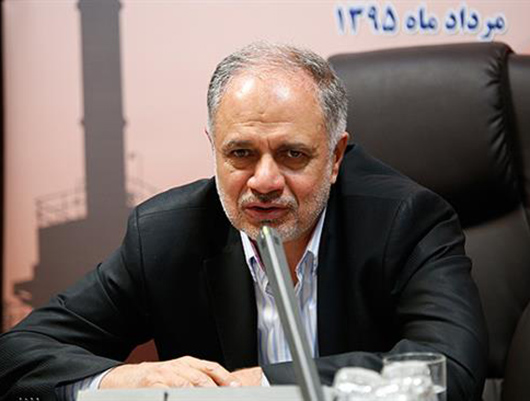 Iran will hold its first tender of an oil field for development under the new contract model around the end of the Iranian month of Mehr on Oct. 21, an official says.

The South Azadegan field is on the list for the first tender under the Iran Petroleum Contract (IPC), Managing Director of the National Iranian Oil Company Ali Kardor told reporters in Tehran on Tuesday.

“Next week, we will be sending invitations to foreign companies and ask them to announce if they are interested,” he said.

Iran has been working on the IPC for the past two years in order to lure investment to its oil and gas sector. The Ministry of Petroleum has modified the contract several times amid criticism that it might pave the way for renewed squandering of national wealth similar to oil concessions to the UK under the 1901 D’Arcy Agreement.

Domestic companies will be offered small- and medium-size fields even sooner than Mehr, the official said, stating that priority is to develop fields with a recovery rate of under 20%.

The new oil contract model has been modified several times to satisfy those who say it has serious flaws. Minister of Petroleum Bijan Zangeneh took the latest version to parliament this month to discuss final touches to the contract before presenting it to oil companies.

Kardor said the final version maintains the duration of the contract for 20 years and also includes the fee per barrel that is paid as profit to the company.

Oil officials have been touting IPC as “a very flexible model of contracts” which includes integrated exploration, development and production. The fee per barrel that is paid as profit to the company is flexible based on the risk which is considered, they have said.

Unlike Iran’s former buyback deals, there will be no ceiling on the capital expenditure, with officials saying everything would depend on the behavior of the fields, and the period of time.

Oil companies would have the chance in the annual work program and budget to revise the scope of the work and the cost according to changes.

About 50 projects, a combination of brown and green fields as well as exploration blocks, are being considered for development but for now the priority is to develop jointly-owned oil and gas fields which are being dried out by Iran’s neighbors.

On Monday night, Zangeneh mentioned oil and gas fields shared with Iraq, including Yaran, Azadegan and Yadavaran which top the list for tendering.

Iraq started producing 210,000 barrels per day from South Azadegan, which it calls Majnoon, in April 2014. The country has awarded the field to a consortium led by the Royal Dutch Shell, targeting a production plateau of 1.8 million bpd.

Iran first awarded the development of South Azadegan to Japan’s Inpex in 2001 but had to terminate it after five years. The country terminated another contract with China’s CNPC after seeing the company drag its feet on developing the field.

In March, Zangeneh said French oil and gas firm Total was studying its participation in the development of South Azadegan after signing a confidentiality agreement with Iran.