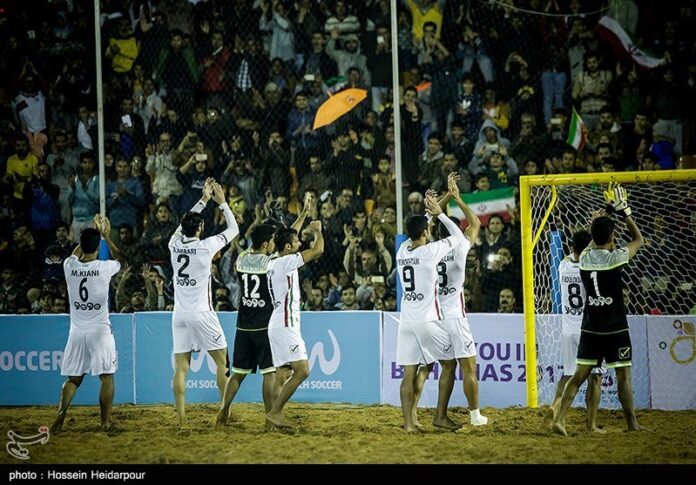 Iran earned its second victory at the Persian Beach Soccer Cup on Wednesday.

The Iranian team defeated Ukraine 8-7 in penalty shootout after the two teams finished 3-3 in regular time.

Iran started the tournament with a 3-1 victory against Poland.

The Persian Beach Soccer Cup is underway in the southern city of Bushehr between February 14- 16.

Team Melli moved top of the standing with two victories, followed by Italy, Poland and Ukraine.

Iran has been scheduled to meet Italy on Thursday.

Mohammad Hossein Mirshamsi’s side will head to Malaysia for the AFC Beach Soccer Championship in early March and know that a solid tournament on home sand will serve as ideal preparation.