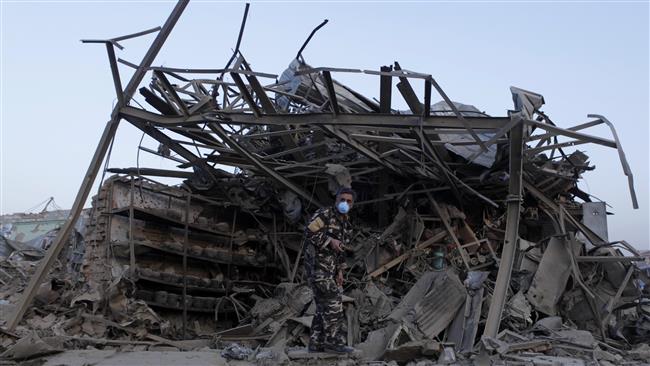 The Iranian Foreign Ministry has denounced a terrorist attack on Germany’s consulate in Afghanistan, saying the international community must make comprehensive efforts to seriously fight terrorism.

At least six people were killed and more than 100, including three police officers, injured in a car bomb attack on the German consulate building in Afghanistan’s northern province of Balkh late on Thursday.

The attacker rammed his explosives-laden car into the wall of the consulate in the provincial capital city of Mazar-i-Sharif, located some 400 kilometers northwest of the capital Kabul.

He extended his condolences to the families of the victims of the horrific and terrorist crime and said the international community is duty-bound to prevent the spread of terrorism and counter savage acts by Takfiri groups.

Qassemi emphasized that the attack once again proved that “terrorism knows no nationality or location.”

Martin Schaefer, a spokesman for the German Foreign Ministry, said on Friday that a crisis task force had met late Thursday and again Friday to assess the situation after the assault.

The consulate staff had been moved to the headquarters of the German military on the edge of the city and were already able to continue its work there, the German official said.

The Taliban militant group claimed responsibility for the “revenge attack,” which it said was in response to US airstrikes that left 32 civilians dead in Kunduz Province earlier this month.

The Taliban militants were ousted from power following the 2001 US-led invasion of Afghanistan, but they have stepped up activities in recent months.

Afghanistan still witnesses insecurity despite the presence of thousands of foreign troops led by the United States.