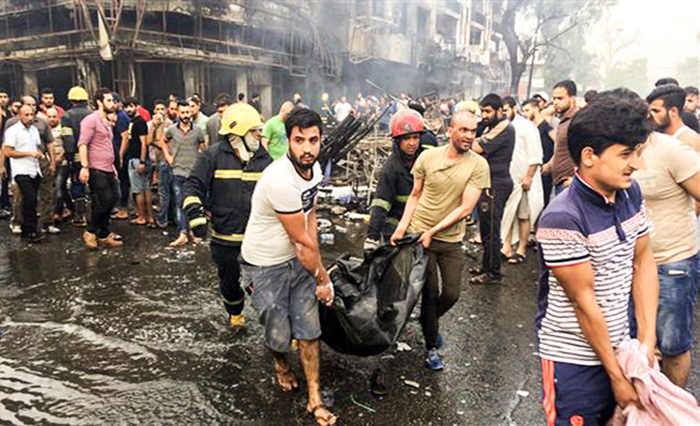 In a statement published on Sunday, July 3, Qassemi condemned the attacks and expressed sympathy with the Iraqi nation and government and the bereaved families of the victims.

“Liberation of Fallujah and repeated military defeats of ISIS in different fields have forced the group and their supporters to resort to desperate moves and massacre of innocent people more than ever,” he noted, according to a report by Khabar Online, as translated by IFP.

“The Islamic Republic of Iran will stand by the Iraqi nation and government until the full defeat of terrorists,” he went on to say.

83 people were killed and 160 wounded in a car bombing carried out on Sunday morning by the ISIS terror group in the centre of Baghdad.

In an online statement, ISIS claimed responsibility for the attack, which struck a busy shopping district of the capital.

The bombing hit as families and young people were out on the streets of Karrada district after breaking their Ramadan fast, the Associated Press reported.

The casualty figures were confirmed by police and hospital officials, who spoke anonymously because they were not authorized to release information to the press.

The attacks come after Iraqi forces retook the city of Fallujah from ISIS.