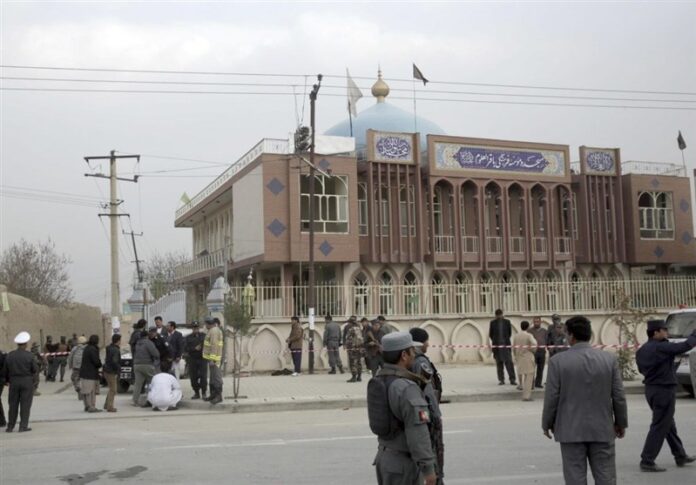 Iran’s Foreign Ministry strongly condemned a suicide bomb attack by Daesh (ISIL) terrorist group on a crowded Shiite mosque in the Afghan capital of Kabul that killed more than 30 people on Monday.

Voicing concern about the growing trend in the spread of terrorism in the region, he reiterated the call for concerted action and global consensus to tackle the threat.

The spokesman also attributed intensified activities by radical extremists to the overt and covert supports that certain countries provide for the Takfiri terrorist groups for “transient political purposes.”

Daesh has claimed responsibility for the Monday suicide attack on Kabul’s Baqir-ul-Olum mosque.

Fraidoon Obaidi, an Afghan police official, said at least 27 people were killed and 35 wounded, while the United Nations said at least 32 had been killed and more than 50 wounded, including many children. It described the attack as “an atrocity”.

Officials say the attacker entered the mosque shortly after midday as worshippers gathered for Arbaeen, a religious mourning ritual marking 40 days after the martyrdom anniversary of the third Shiite imam, Imam Hussein (AS).