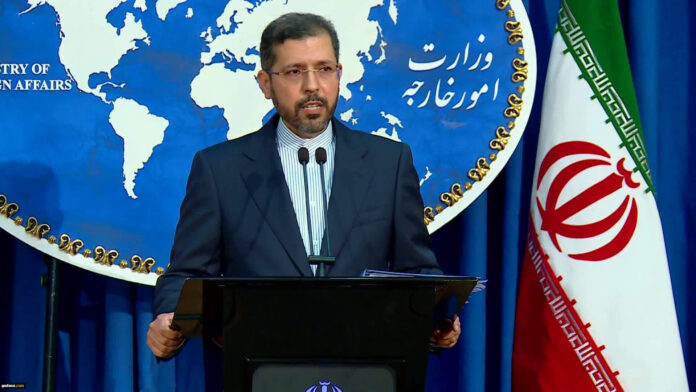 Iran’s Foreign Ministry Spokesman Saeed Khatibzadeh has expressed concern over new border clashes between Armenia and the Republic of Azerbaijan.

Khatibzadeh called on the two countries to exercise restraint and refrain from expanding and escalating the conflict.

He also stressed the need for countries to respect internationally recognized borders and called on the two sides to resolve their differences through dialog and peaceful means.

The Foreign Ministry spokesman described the current tensions as dangerous for the gradual process of achieving peace and progress in the region.

He stated that the Islamic Republic of Iran, as in the past, is ready to help the two sides resolve their disputes and establish stability and security in the region.

Yerevan says 15 Armenian troops were killed in fresh Azeri artillery fire and 12 soldiers were captured. It also added they have lost two combat posts near the border region.