‘Iran Can Be Main Regional Centre for Sustainable Development’ 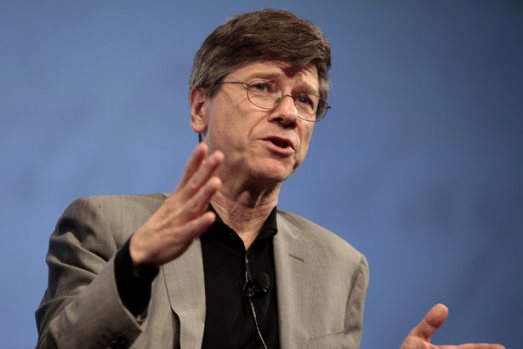 Ban Ki-moon's special advisor on sustainable development goals (SDGs) hailed Iran’s active role in the process of negotiations on SDGs and the 2030 Agenda for Sustainable Development.

United Nations Secretary-General’s Special Advisor on Sustainable Development Goals, Professor Jeffrey Sachs, met with Seyyed Abbas Araghchi, Iranian Deputy Foreign Minister for International and Legal Affairs, in Tehran on Monday June 6. He commended Iran for its tremendous efforts during the process of negotiations on Sustainable Development Goals, expressing hope for further progress on the realization of SGDs with active participation of all UN member States.

“Adverse environmental consequences and climate change have been very severe in West Asia and can leave a wide-spread impact on the lives and welfare of the people in this area,” Sachs said.

He went on to add, “As a result, we at the United Nations are ready to cooperate with regional countries, particularly the Islamic Republic of Iran about these issues.”

Iran has the potential to become the major regional centre for environmental issues and sustainable development, he noted.

He went on to add, “Developed countries must provide the necessary means for achieving SDGs in the areas of finance, technology transfer and capacity-building, so that following up on the measures and activities related to the realization of SDGs can be facilitated and no limitations will be placed on its funding.”

United Nations Secretary-General’s Special Advisor on Sustainable Development Goals (SDGs) Jeffrey Sachs arrived in Tehran on June 5 for a three-day stay in the Iranian capital. Dr. Sachs, who visited Tehran at the invitation of the Iranian Mission at the UN Headquarters in New York, is known as one of the world’s leading experts on economic development and the fight against poverty.

During his stay, he delivered lectures at Amirkabir University, as well as the Ministry of Foreign Affairs’ Institute for Political and International Studies (IPIS) and paid a visit to some United Nations Development Programme’s project sites.