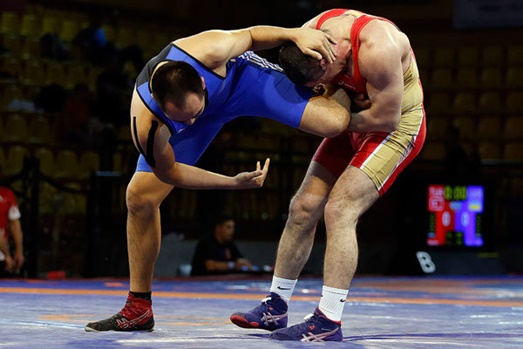 Iran has been a major force at the Freestyle World Cup recently, winning the team title in each of the last four years.

The two-day Freestyle World Cup began on Saturday at 3pm PT at the Forum in Los Angeles, where Iran managed to overcome Azerbaijan 5-3.

Later, Iranian wrestlers showed an even better performance in the competition against India’s national team by thrashing their opponents in all weight categories in order to gain an 8-0 victory.

Iranians are led by Hassan Rahimi (57kg), a four-time world medalist and 2013 World Champion, and 2012 Olympic bronze medalist Komeil Ghasemi (125kg). Rahimi is ranked No.2 in the world, while Ghasemi is No. 6.

The top eight nations from last year’s World Championships are competing in one of two groups, A or B. Group A is comprised of Russia, Georgia, Turkey and Mongolia while group B includes Iran, the United States, Azerbaijan and India.