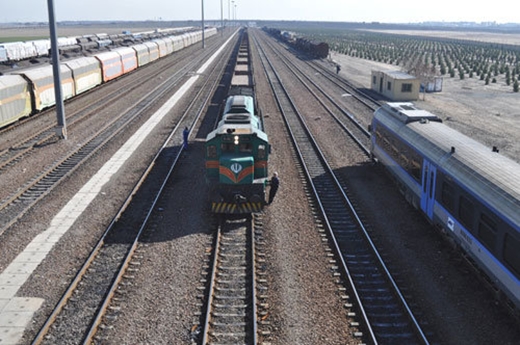 Iran and Britain have signed a Memorandum of Understanding (MoU) in the field of rail transportation.

The cooperation agreement was sealed during the visit to London of Mohsen Pourseyyed Aghaei, the President of Islamic Republic of Iran Railways (RAI).

The MoU, which seeks to develop Iran’s railway system through the exchange of knowledge and technology, was signed in the presence of the RAI CEO and his British counterpart, and emphasizes bilateral cooperation in the fields of process management, rail transportation systems, as well as technical and technological management of railways.

During his meetings with two executives of Britain’s Department for Transport (DfT) in London, Pourseyyed Aghaei referred to the steps taken for rail transport promotion and the movement of passengers and cargo in the country, and offered the English side unparalleled investment opportunities in the sector.

The English side also highlighted the attractions of Iran for trade and economic cooperation, voicing a willingness to develop relations with the country in the area of rail transportation.

The MoU was signed as a follow-up to the visit of Britain’s Deputy Minister of State at the Department for Transport, Robert Goodwill, earlier this year.

During Goodwill’s visit to Tehran, further cooperation between Iran and the UK, especially in the field of rail transport and high-speed trains, as well as in airports and aviation infrastructure, was emphasized.