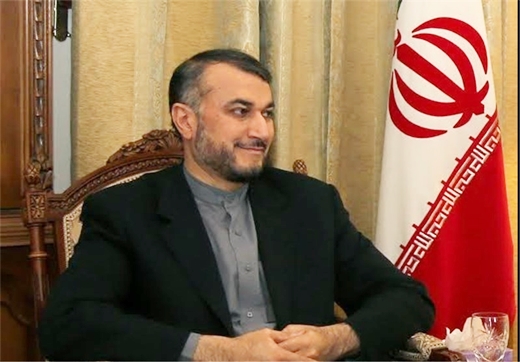 Ranking diplomats from Iran and China asserted that Syrian people alone have the right to decide their country’s fate, with both stressing the need for a serious fight against terrorist groups in the Arab country.

A Chinese diplomat, who has been recently appointed as the Chinese government’s representative for the Syria affairs, held a meeting with Iranian Deputy Foreign Minister for Arab and African Affairs Hossein Amir Abdollahian in Tehran on Tuesday.

Voicing Beijing’s support for a political solution to the crisis in Syria and reliance on the results of the political negotiations, the Chinese envoy insisted that shaping Syria’s future, drawing up the constitution and electing the president should be left in the hands of the Syrian nation, without any foreign interference.

The Iranian deputy minister, for his part, deplored the lack of serious international actions against terrorist groups in Syria, what the International Syria Support Group (ISSG) had agreed to pursue along with the political talks.

The Iranian and Chinese officials both denounced a violation of ceasefire by the armed opposition groups in Syria, and called for the delivery of humanitarian aid in all parts of the war-torn country.