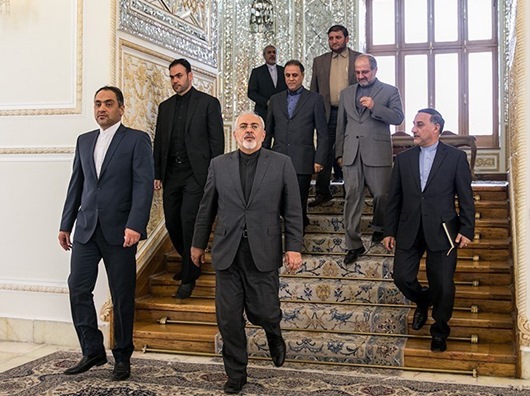 Iran accepted an invitation to partake in a meeting in Switzerland for talks on the settlement of crisis in Syria after parties to the meeting agreed to some of the conditions set by Tehran for its involvement in the talks.

Iranian Foreign Minister Mohammad Javad Zarif flew to Lausanne on Saturday morning to join his US and Russian counterparts and top diplomats from the UN and regional powers for talks on the settlement of a crisis that has plagued Syria for more than five years.

The decision, however, came as a surprise. Only a day earlier, an informed source at the Foreign Ministry had dismissed reports of Zarif’s attendance in the negotiations.

Sources had announced initially that Iran would absent itself from the Lausanne talks because of a huge difference between its views and those of certain parties in the meeting.

But reports suggest that Tehran put forward its plans to resolve the Syria crisis in a series of subsequent contacts with top Russian and EU diplomats and laid down conditions for attending the Lausanne meeting.

Iran was finally persuaded to take part in the talks after Russia and the other parties accepted part of its conditions and also agreed on an increase in the number of the participants.