How to build tomorrow cities? 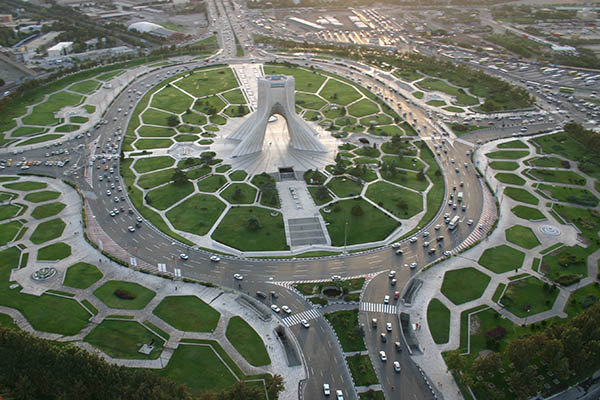 An urban economy expert believes best cities in the world are where social interaction is promoted.

According to Mohsen Tabatabaei Mozdabadi, secretary of Iran Urban Economics Scientific Association (IUESA), best cities are where Social interaction and citizenship participation are improved and people are gathered together after their work into public places.

Mozdabadi made the remarks in an article a copy of which was sent to IRNA on Saturday.

Cities are places that they have both the problem and solution simultaneously. They are fruitful area for science, technology, culture, innovation, and individual and collective creativity. Yet, cities are the place for problems such as unemployment and poverty. All evidences and assumptions indicate increase in urban population in the world. On the other hand, UN predicts that slums will be doubled by 2050. It seems that tomorrow cities should pay more attention to this issue. Cities can collect data and information by smart tools about different dilemmas such as traffic, but it is necessary to listen to citizens. It is important to listen to low-income class of the society who live in suburbs more compassionately. City decision-makers should know that what things would be more valuable in the future. They should know that they would face with condensed and populated cities. Therefore, they can hail future through creating new infrastructures and rehabilitation of existing ones.

Tomorrow cities are those that they care streets and public areas collecting people together. Streets are the force of momentum and life in cities. They are valuable public assets. They should have better position in city planning. Streets devote 20 to 30 per cent of existing cities to themselves, but considered as a less valuable place merely for movement. Streets should have roles that are more important in tomorrow cities than movement from one place to another. Best cities in the world are those where they gather people together after their work into public places. These cities offer various options such as sidewalks and path for cycling. Social interaction and citizenship participation are improved in these places. It seems that people, behaviors, and their activities should be planned in tomorrow cities.

World Health Organization (WHO) considers nine square meters per capita green space for city dwellers. This figure is very slight in many cities. Creating and improving green spaces should not only be the challenge of city policy-makers, but they should try to improve this sense among citizens owning green spaces. Cities will take step in the path of being smart. However, being smart is not only economical and powerful use of existing technologies and current data, but it also means that cities should be able to improve data, produce, simulate, and finally design urban issues data by analyzing them.