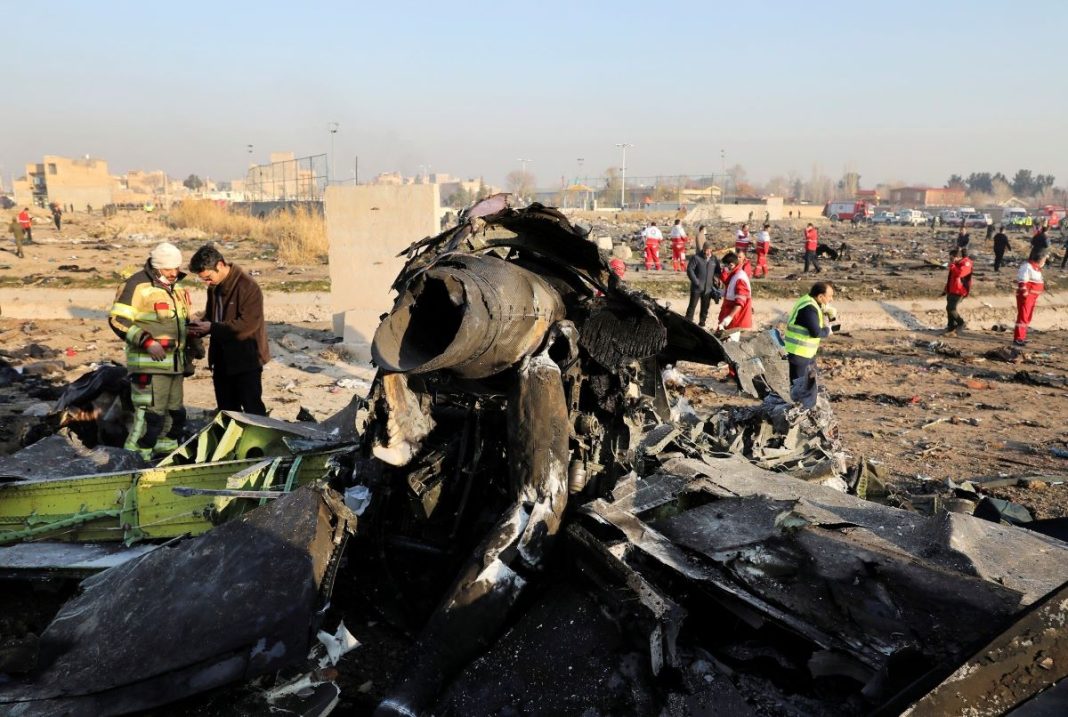 A military helicopter has dropped flowers on the crash site of Ukraine’s International Airlines Flight PS752 that went down on January 8, 2020 in a southern suburb of the Iranian capital Tehran.

Over 170 people on board the airliner were killed in the incident. The plane was downed mistakenly by missiles fired by the air defense systems of the Iranian armed forces that took it for a US cruise missile.

This happened shortly after Iran launched a missile barrage at the Ayn al-Assad Airbase in Iraq that hosted US forces back then in retaliation for the assassination of General Qassem Soleimani.

Iran has now put on trial the military personnel who mistakenly shot down the Ukrainian passenger plane.

The secretary of Iran’s human rights council said in Saturday the trial is ongoing and the next session thereof will be held after the anniversary of the incident on Sunday.

Kazem Gharibabadi stressed that the Judiciary is serious about upholding justice. He said the court in charge of the trial will do all it can to deal with any negligence in the case.