Hajj to Be Cancelled Unless Saudis Carry Out Responsibilities: Iran 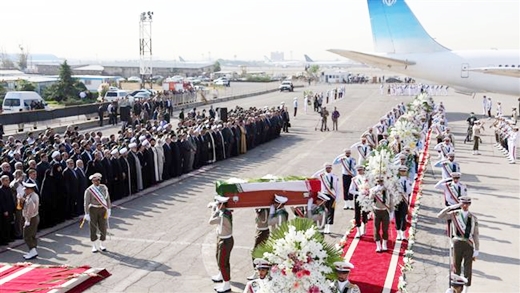 If Saudi Arabia does not carry out its responsibilities towards Hajj, Iran will be forced to cancel its annual pilgrimages, the Iranian Foreign Ministry says.

“Saudi Arabia claims that the subject of Hajj is different from political disputes, but there is a vast gap between its words and deeds,” said Hossein Jaberi-Ansari during a trip to Iran’s northwestern city of Tabriz on Tuesday.

“If Saudi Arabia carries out its responsibilities as the host government towards the health and safety of the pilgrims, Hajj will take place, otherwise, Iranians will not be able to take part in Hajj,” he added.

On Thursday, the head of Iran’s Hajj and Pilgrimage Organization said Saudi officials are continuing to stonewall in the talks with the Islamic Republic about the dispatch of Iranian pilgrims to the Arab country this year.

He added that an Iranian delegation had recently held talks with Saudi officials and submitted 20 proposals for ensuring the security and dignity of the Iranian pilgrims during the current year’s Hajj rituals.

Ohadi noted that Saudi officials are supposed to respond clearly to the Iranian delegation’s proposals and make preparations for an overdue agreement.

Riyadh’s inaction comes in the wake of a deadly stampede last year, which drew strong criticism from countries around the world including Iran.