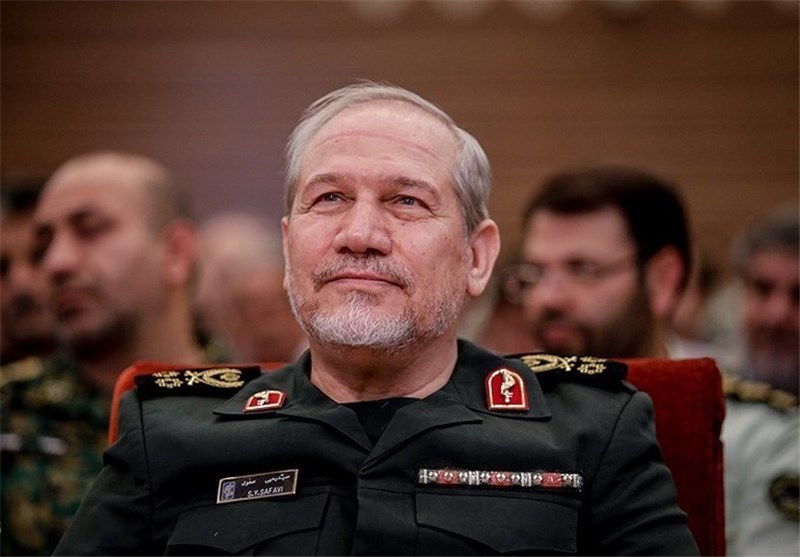 A top military aide to Leader of the Islamic Revolution Ayatollah Seyed Ali Khamenei described Iran as the region’s number one power, attributing the full liberation of Syria’s Aleppo this week to efforts by a coalition comprising Iran, Russia, Syria and Lebanon’s Hezbollah.

“Americans have realized that the Islamic Republic of Iran is the top player in Southwest Asia, and its geopolitical weight has the greatest influence in the region,” Major General Yahya Rahim Safavi said in Tehran on Wednesday, addressing a conference on C4I (Command, Control, Communications, Computers, and Intelligence) in management and decision making.

He also said that the coalition made up of Iran- the leading regional power, Russia, Syria and the Lebanese Hezbollah contributed to the liberation of Syria’s northwestern city of Aleppo from terrorist groups, predicting that the Iraqi city of Mosul will be also retaken soon.

Requests from the governments of Syria and Iraq for Iran’s assistance in the fight against terrorism, Tehran’s positive response, and the victories gained by the coalition have all increased the Islamic Republic’s political weight, Rahim Safavi added, reminding US President-elect Donald Trump that Iran is the region’s number one power.

“International circumstances have put Iran in such a premium position that… it has had undeniable influence on recent developments in the region and the world as the region’s top power,” Zarif said in an address to a conference of Iranian military attachés and representatives in foreign countries.