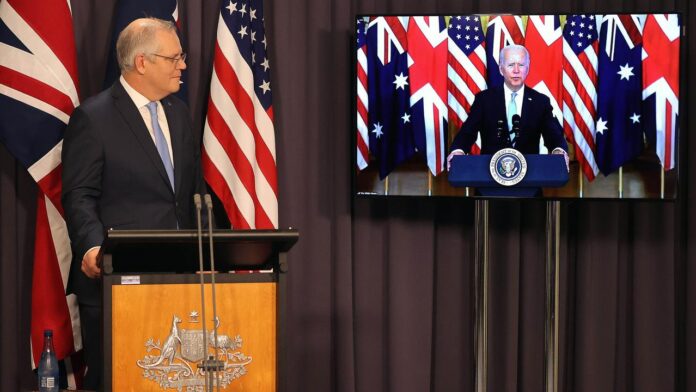 Paris has recalled its ambassadors from Washington and Canberra for consultations, citing the “unacceptable behavior” of the US, the UK and Australia in striking a nuclear submarine deal that scuttled a French shipbuilding contract.

France immediately recalls for consultations its ambassadors from the United States and Australia over announcements made by the two countries on September 15 – the day when they announced creating a security partnership with the United Kingdom, and Canberra cancelled a submarine contract with Paris, French Foreign Minister Jean-Yves Le Drian said in a statement on Friday.

“At the request of the President of the Republic, I am recalling to Paris without delay our ambassadors to the United States and to Australia for consultations,” the French top diplomat was quoted as stating by the ministry’s press service.

He added that “this exceptional decision is justified by the exceptional gravity of the announcements made on 15th September by Australia and the United States”.

“The cancellation of the Attack class submarine program binding Australia and France since 2016, and the announcement of a new partnership with the United States meant to launch studies on a possible future cooperation on nuclear-powered submarines, constitute unacceptable behavior between allies and partners, whose consequences directly affect the vision we have of our alliances, of our partnerships and of the importance of the Indo-Pacific for Europe,” the statement reads.

Reuters quoted a White House official as saying the United States regretted the French decision, adding that Washington had been in close touch with France over it.

Reuters also wrote with reference to diplomatic sources that France was not planning to recall its ambassador to the United Kingdom.

“We don’t need to hold consultations with our (British) ambassador to know what to make of it or to draw any conclusions,” the source added.

On September 16, Australia, the UK and the US announced the establishment of the AUKUS trilateral partnership on security in Indian and Pacific oceans. Under the agreement, Australia plans to build at least eight nuclear-powered submarines that will be commissioned in 2036, as well as equip its armed forces with US-made cruise missiles. This forced Canberra to void its major military contract with France. China warned that the establishment of AUKUS will ramp up the arms race and urged all participants to abolish the “cold war mentality” and “narrow-minded geopolitical concepts”.