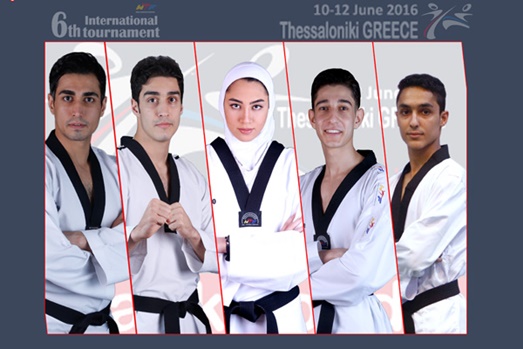 By bagging four gold and one silver medal, the number of medals won by the Iranian squad reached five on the second day of the competition.

Members of the Iranian taekwondo squad are preparing for the 2016 Rio Summer Olympic Games, and competed at the WTF G1 Ranking International Tournament in Greece for the technical staff to evaluate their performance.

Hadipour, Ashourzadeh, Khodabakhshi and Alizadeh won Iran’s gold medals and Mardani won the silver medal during the event, which was held in senior, junior and cadet categories.