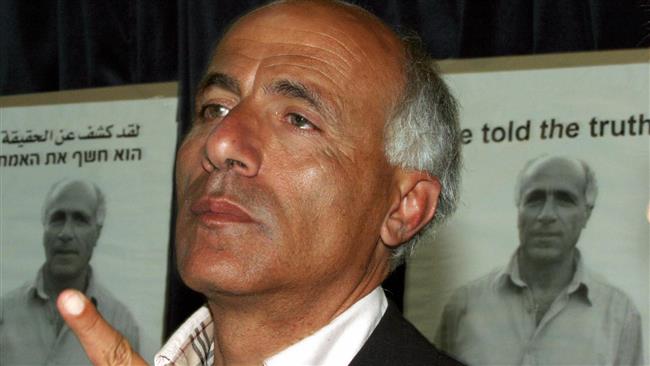 Vanunu has elaborated on a potential disaster which could emanate from Israel’s notorious Dimona facility.

In a lengthy interview on Israeli TV on Friday, Vanunu explained how he once exposed the existence of Israel’s nuclear arsenal and elaborated on a potential disaster which could emanate from Israel’s notorious Dimona facility.

Vanunu’s revelations of overwhelming evidence of Israel’s military nuclear program to Britain’s Sunday Times in 1986, provided further proof to the world about Tel Aviv’s huge nuclear arsenal. However, Israel has maintained a policy of “nuclear ambiguity,” although it has threatened that it could use nuclear weapons in case a conflict erupts in the Middle East.

The new revelations by Vanunu were in fact a sign of the regime’s acknowledgment to possessing the warheads after decades of censorship being imposed on such media material.

The 60-year-old Vanunu said he had an obligation to reveal to the world the nature of the “powder keg” in Dimona, calling Israel’s entire nuclear strategy “a failure” that he had “exposed.”

Israeli intelligence agents drugged and abducted Vanunu in Italy in 1986 and then transported him to the occupied territories for further prosecution. He spent the subsequent 18 years behind bars, 11 of which in solitary confinement.

Vanunu still faces a travel ban, among other restrictions. He insists that he wants to annul his citizenship. Israelis have repeatedly rejected Vanunu’s request for leaving the territories and reuniting with the family in Norway.

Israel has never allowed any inspection of its nuclear facilities and continues to defy international calls to join the nuclear Non-Proliferation Treaty.

A released report in the Bulletin of the Atomic Scientists also confirms that Israel possesses at least 80 operative nuclear warheads and has enough material to produce up to 190 more.

Nuclear weapon proliferation experts Robert Norris and Hans Kristensen estimate in the report that Israel halted its production of nuclear warheads back in 2004 “once it reached around 80 munitions.”