Even Saudis Didn’t Believe Iran Was Behind Aramco Attacks: Zarif 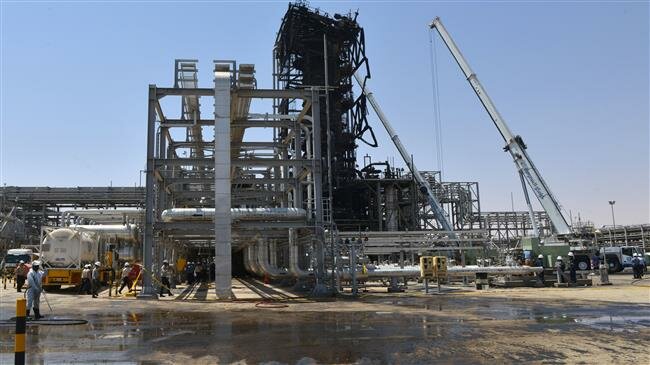 Iran has rejected again claims of involvement in Yemen's retaliatory attacks on the kingdom's heart of oil industry, saying Riyadh's offensive in Hudaydah in breach of a UN truce speaks for itself.

Saudi Arabia said Friday it had launched a military operation against Hudaydah because the port city was being used by Yemeni fighters to launch ballistic missiles and drones.

In a post on his Twitter account, Zarif said it was “curious” that the Saudis, who had blamed Iran for last Saturday’s air raids on two major Saudi oil facilities, had retaliated against Hudaydah in violation of a UN-brokered ceasefire agreement signed in Stockholm in December 2018.

US Secretary of State Mike Pompeo, without evidence, was also quick to blame Iran for the brazen attack. The claim drew ridicule from many social media users who compared Pompeo’s rushed conclusion to Washington’s indecision about the murder of prominent journalist Jamal Khashoggi at the Saudi consulate in Istanbul in October 2018.

On Saturday, Pompeo said Washington and its allies were seeking a “peaceful resolution” with Iran, marking a significant cooling of rhetoric after Donald Trump had warned the US was “locked and loaded”.

Tehran has vehemently rejected accusations of involvement in the raids as “lies” and warned of “an all-out war” in the event of military strikes against the country.

Houthi spokesman Mohammed Abdul-Salam on Thursday warned that Saudi Arabia’s offensive in Hudaydah was “a serious escalation that could torpedo the Sweden agreement.”

“The coalition will be responsible for the consequences of this escalation and we’ll be watching the UN stance on this situation closely,” he said.

On Friday, Ansarullah’s president of the Supreme Political Council Mahdi al-Mashat said Yemeni fighters were calling a halt on drone and missile attacks, hoping “the gesture would be answered” by the Saudis.

Al-Mashat said the peace plan was aimed at ending the conflict “through serious negotiations to achieve a comprehensive national reconciliation which does not exclude anyone”.

The official, however, warned that the Yemenis “would not hesitate to launch a period of great pain” if their call for peace was ignored.

Saudi Arabia and its allies launched the war on Yemen in March 2015 in an attempt to reinstall a Riyadh-backed former regime and eliminate the Houthi movement, which has been defending the country along with the armed forces.

The Western-backed offensive, coupled with a naval blockade, has destroyed the country’s infrastructure, and led to a massive humanitarian crisis.