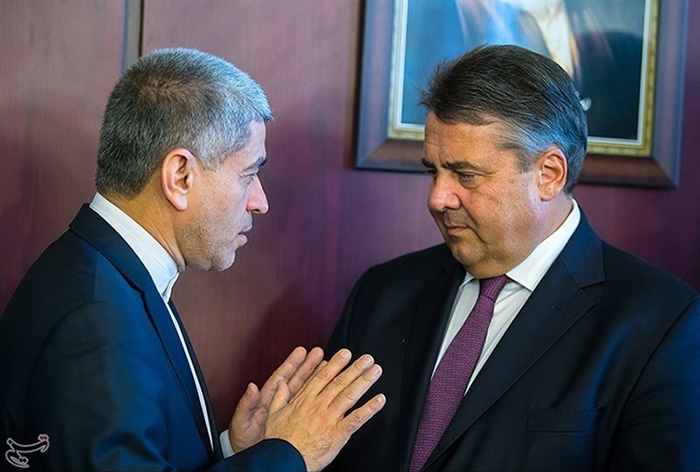 European economies are not the only option Iran can take up when it comes to trade interaction, Iranian Minister of Economic Affairs and Finance Ali Tayyebnia stressed.

Speaking to reporters in the city of Semnan, 220 kilometers (136 miles) east of the capital Tehran, on Tuesday, Tayyebnia said he has reminded his German counterpart in a Monday meeting that “Iran has great potential in various economic arenas, and is not seeking Europe and European economy alone.”

He also underlined that Iran aims to boost exports and investment at all levels.

On Monday, Germany’s vice-chancellor and economy minister, Sigmar Gabriel, arrived in Tehran with a big economic delegation and signed a number of agreements with Iran.

In an address to Iran-Germany joint trade meeting, Gabriel expressed Berlin’s readiness to make more commitments in its trade interaction with Tehran in order to assure Iran’s market that German businesses are not only after making profit.