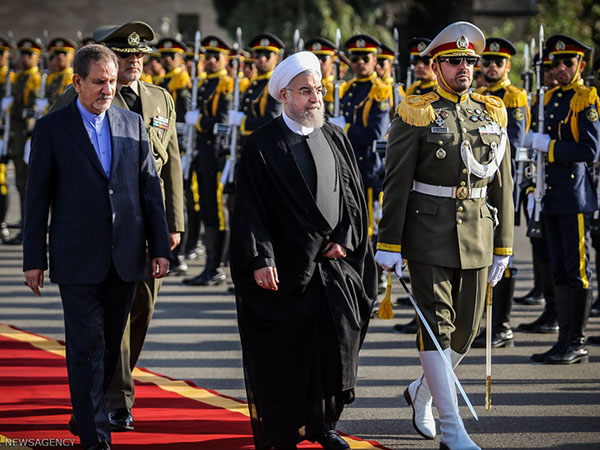 Iranian President Hassan Rouhani on Wednesday embarked on a tour of Southeast Asia that will take him to Vietnam, Malaysia and Thailand, where he will participate in the 2nd Asia Cooperation Dialogue (ACD) Summit.

President Rouhani and his entourage, a high-ranking delegation of political and economic officials, left Tehran for Vietnam on Wednesday morning.

The Iranian president is scheduled to meet with his Vietnamese counterpart during a two-day stop at Hanoi, while the two sides will also sign a number of bilateral agreements.

Speaking to reporters at Tehran’s Mehrabad Airport on Wednesday morning,President Rouhani said Iran eyes the export of technical and engineering services to Vietnam.

President Rouhani will travel to Malaysia on Friday, where high-profile meetings will take place as well.

As regards the trip to Kuala Lumpur, the president said he aims to restore and expand relations with Malaysia, which have not been thriving in recent years.

The latest developments in the Islamic world and in the region will be discussed in Malaysia as well, he told reporters.

And on the final leg of the tour, the Iranian delegation will go to Thailand to attend the 2nd Asia Cooperation Dialogue (ACD) Summit in Bangkok.

A speech at the summit and meetings with senior officials on the sidelines of the conference will be on the agenda of President Rouhani’s trip to Thailand.

The president told reporters that Iran, which has been a member of ACD for 12 years, is pursuing stronger cooperation among the Asian countries to consolidate Asia’s position as a major trade partner among the other economic powers.