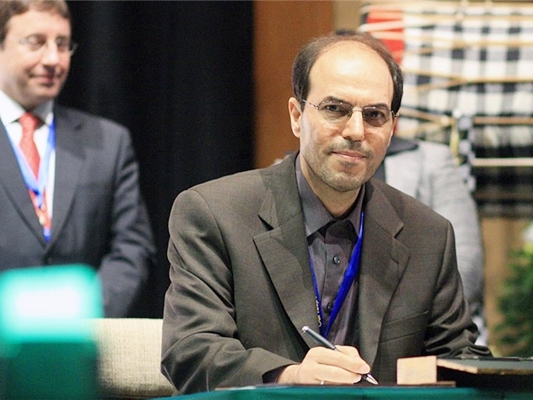 Iranian envoy to the United Nations said Iran’s relentless campaign against armed drug traffickers at regional and international levels has “protected part of the global community from the evil of addiction”.

Addressing the third committee of the 71st session of the UN General Assembly in New York on Thursday, the Iranian Ambassador and Deputy Permanent Representative to the United Nations Gholamhossein Dehqani said, “As a country at the frontline of countering illicit drugs, the Islamic Republic of Iran has sustained huge life and property losses in order to deprive the merchants of death of the bulk of their illicit drugs; and thus protecting part of the global community from the evil of addiction.”

The full text of his speech is as follows:

As a country at the frontline of countering illicit drugs, the Islamic Republic of Iran has sustained huge life and property losses in order to deprive the merchants of death of the bulk of their illicit drugs; and thus protecting part of the global community from the evil of addiction.

In fact, around 4000 of our law enforcement officers have lost their lives while 12,000 have been maimed in the course of Iran’s relentless campaign against regional and international armed drug traffickers. Iran has also spent billions of dollars for equipping the border areas and creating physical barriers along its borders for blocking the drug flow into the country as well as transiting it abroad. As a result, on an average more than 80 percent of world opium and approximately 40 percent of world heroin and morphine are seized in Iran so much so that only in 2015 approximately 620 tons of different types of drugs were seized in Iran.

Meanwhile, within the framework of a balanced strategy on reduction of supply and demand, the government has implemented extensive drug demand reduction programs including prevention, treatment, harms reduction, rehab and social reintegration.

As a result of these interventions 40 percent coverage is provided for the country’s population in the field of prevention programs; targeting families, educational settings, work places and communities. Besides, 40 percent voluntary referral by addicts and drug users to harm reduction centers and treatment clinics is recorded, which is one of the highest figures in the world. As a result a 60 percent decrease in HIV transmission among injecting drug users has been recorded.

The Islamic Republic of Iran calls for adoption of a balanced and comprehensive strategy at all levels, that away from political considerations, ensures expansion of regional and international cooperation for realization of the principle of collective and international shared responsibility. Unfortunately, for a long time the brunt of the burden is mainly born by transit countries like mine. While drug traffickers with obvious links to terrorist groups including Takfiri ones and organized crime gangs are targeting the social fabric of our society and stealing our future and youth generation, the support provided by the international community has been thus far negligible.