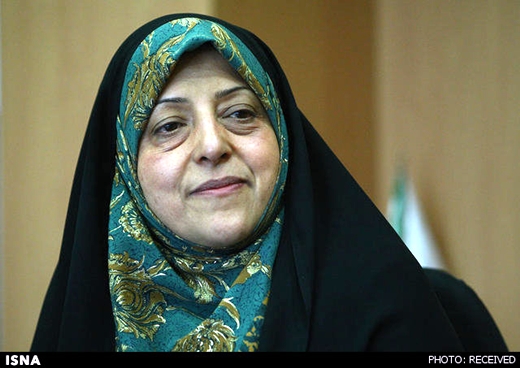 Tehran, Jan 9, IRNA - Head of the Department of the Environment (DoE) Masoumeh Ebtekar has invited all Iranians to join a national campaign for reducing the country’s air pollution by keeping their homes’ temperature at 18° Celsius.

“Set your thermostat at home or work [at 18° Celsius] to curb air pollution and fight climate change,” she wrote on her Twitter.

The DoE chief said temperatures in rooms and halls of buildings should not exceed 21° Celsius and 18° Celsius, respectively.

Many political and cultural figures including Foreign Minister Mohammad Javad Zarif, Head of Women and Family Affairs Department Shahindokht Molaverdi as well as Communications and Information Technology Minister Mahmoud Vaezi have so far joined the campaign.

Shina Ansari, the head of Environmental Monitoring Office at the DoE, said densely-populated cities such as Tehran and Isfahan experience temperature inversion during winter due to a combination of factors, including ‘non-standard car fuels’ and high energy consumption.

She added that the government should adopt comprehensive plans to reduce air pollution and citizens should also spare no efforts to lower their energy consumption.

She noted that gas consumption has increased by 33 percent in the current Iranian year (which started on March 21) compared to the corresponding figure of last year.

Alireza Pardakhti, a professor of Tehran University, described the campaign as a good idea and said the state offices are expected to be the first to join the campaign.

Other experts have also praised the government for launching such a campaign.

They have said such movements would help bridge the gap between the government and people.