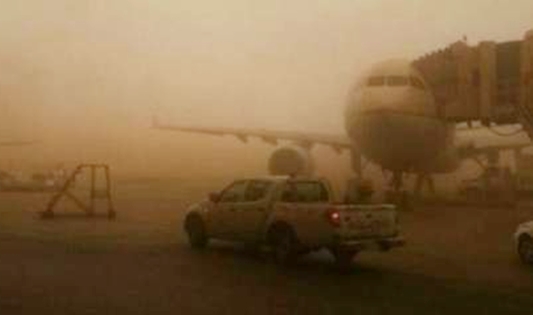 Airport authorities in Abadan in southwestern Iran had to cancel flights on Friday June 17 due to the poor visibility caused by increased dust in the air.

Speaking to the Islamic Republic News Agency, an official at Abadan’s Ayatollah Jami International Airport confirmed that a number of flights have been cancelled due to dust pollution.

In addition to flights cancellation, dust storms, overwhelming much of western and southwestern Iran, have also prompted health warnings and resulted in closed schools and offices in some areas. Health officials warned residents with heart and respiratory problems to stay at home.

The storms began last Thursday and the authorities expect the situation to improve in the coming days.

The dust comes from Iraqi and Syrian deserts. Iraq has long suffered periodic, blinding sandstorms, but several years of drought have aggravated the situation there.