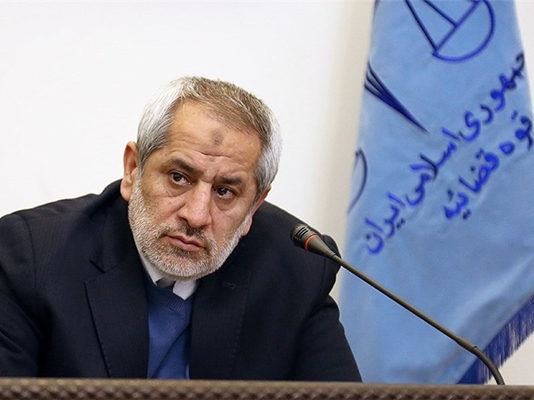 Prosecutor General of Tehran Abbas Jafari Dowlatabadi said an individual with dual citizenship has been arrested in the country.

He added that the suspect had been active in areas related to economy and business activities.

Elsewhere in his remarks, the prosecutor general of Tehran hailed the vigilance and faithful efforts of the country’s intelligence forces in the face of enemies’ plots.

Earlier this month, Leader of the Islamic Revolution Ayatollah Seyed Ali Khamenei, described Iran’s Intelligence Ministry as “a very important and crucial stronghold” and the “watchful and vigilant eye of the Islamic establishment”, noting, “The Ministry of Intelligence is the tough outer surface of the (Islamic) establishment which must by no means become vulnerable.”

The Leader added, “The failure of the Global Arrogance in the face of the Islamic establishment, in spite of a plethora of diverse conspiracies and tactics which they plotted against the (Islamic) Revolution since the very first day, had not been possible without the support of faith.”