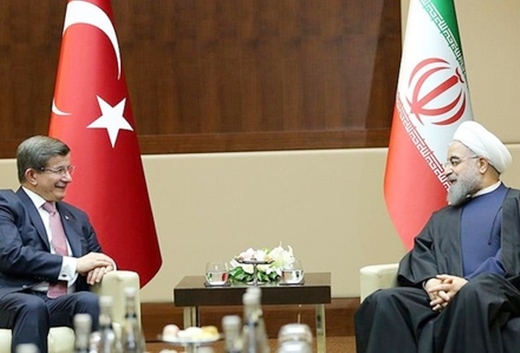 Referring to Iranian great hosting during his trip to Tehran, Turkish PM emphasized on his country’s intention to boost Iran-Turkey ties and cooperation comprehensively.
He noted that changing preferential trade agreement between Iran and Turkey to Free Trade Agreement was important.

He reiterated that existing cooperation capacities have to be developed proportional to developing relations.

The Iranian president arrived in Istanbul to attend the Summit Meeting of Organization of the Islamic Cooperation (OIC) in the Turkish port city on April 13.

President Rouhani held bilateral meetings with heads of states on the sidelines of the 2-day OIC Summit meeting.