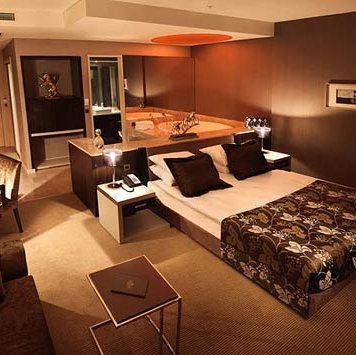 The Islamic Republic of Iran Customs Administration has agreed to reduce tariffs for the import of hotel equipment to support the country’s hotel and tourism industry.

The agreement was made at a meeting attended by Masoud Karbasian, the head of IRICA, Ebrahim Pourfaraj, the head of the Iranian Tour Operators Association, and Vali Teymouri, director of the Monitoring and Assessment Office at Iran’s Cultural Heritage, Handicraft and Tourism Organization. Jamshid Hamzezadeh, president of Iran Hoteliers’ Society, also attended the meeting that discussed the tourism industry’s issues with regard to customs duties, ISNA reported.
“Based on the agreement, hoteliers and other parties that import hotel equipment will present a bank guarantee instead of paying an “exorbitant customs fee” until moderate tariffs are defined and agreed upon by relevant bodies,” he said.
Referring to the agreement as “a dramatic change and a positive measure” by ICHHTO in support of the county’s hospitality industry, Hamzezadeh said the temporary measure will help revise import tariffs by giving everyone breathing room to discuss the matter.
As agreed at the meeting, a list of imported hotel equipment and their new tariffs will be prepared by experts. The plan will be then submitted to the Ministry of Economic Affairs and Finance as well as the Industries, Mining and Trade Ministry for approval before being presented to the Cabinet for final approval.
“If everything goes well, hoteliers will hopefully benefit from tax exemptions, too,” said Hamzezadeh.
Categorized as luxury items, hotel equipment is taxed at the highest possible rate, which has impacted the industry and contributed to rising room rates. Many hotels, which cannot afford the high customs fees, have resorted to purchasing substandard products, leading to a drastic drop in their quality of services.
According to Hamzezadeh, the approval of the scheme will solve a major obstacle facing the hotel industry as many hotels had been unable to standardize their services in recent years due to high taxes. Aging four- and five-star hotels are also interested in upgrading their equipment and the new scheme, if approved, will provide them that opportunity.
The society has repeatedly called on the Majlis [Parliament] to remove the value-added tax from rooms and grant hotels permanent exemption from income tax.