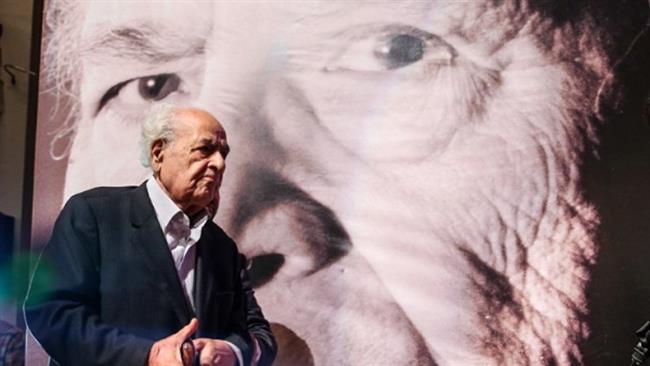 Prominent Iranian figure of the post-Revolution poetry Moshfegh Kashani has died at the age of 89.

Moshfegh, whose real name was Abbas Keymanesh, died late Sunday in a hospital in Tehran after a heart attack.

He was reportedly reading a poem in a ceremony when he suddenly fainted.

The ceremony was attended by many high-profile cultural and political figures in Iran’s House of Poets.

Until his death, Moshfegh served as the board director of Iranian Poet Association.

Born in 1925 in central Iranian city of Kashan, Moshfegh was one of the notable figures of the post-Revolution poetry in the country.

His spiritual verses on the martyrdom of Shia Imams were among the most popular in religious recitations.

The distinguished lyricist was also known for his ghazals which were full of affection and conscience.

Iran’s Ministry of Culture and Islamic Guidance held a commemorating ceremony for the contemporary poet in August 2013.

The great poet has numerous literary creations. Red Spring of Song, Song of Life, and Memories are among his well-known works.