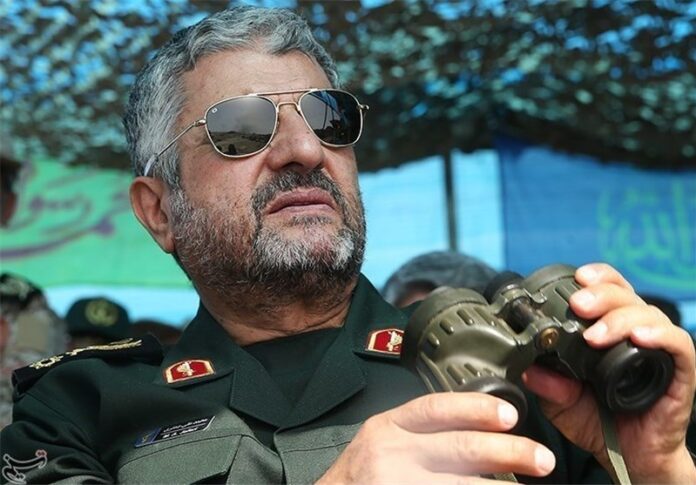 The occupying Zionist regime of Israel is within the range of most of the missiles in IRGC’s possession, Commander of the Islamic Revolution Guards Corps Major General Mohammad Ali Jafari said Tuesday.

Whoever feels more hostility towards Iran will be naturally more fearful of the country’s military capabilities and achievements, the top general told reporters on Tuesday on the sidelines of an ongoing missile drill staged by the IRGC, codenamed ‘Might of Velayat’.

Since most of the IRGC missiles have the enough range to reach the lands occupied by the Zionist regime of Israel, the Tel Aviv regime has the most degree of concerns, he added.

“Enemies of the Islamic Revolution and security in the region should be in panic about the roar of the IRGC missiles,” Jafari stated.

The commander noted that the launch of various types of missiles in the drill was only a slight indication that the IRGC’s missile silos, scattered all over the country, are fully operational.

He underscored that the country’s missile capabilities have been achieved under sanctions imposed by the foreigners, stressing that Iran’s missiles are fully indigenous.

The message of the missile drills is security for Iran and the neighboring countries, Major General Jafari underlined.

The missile drill has been in progress for a couple of days, but its final stage kicked off on Tuesday in different parts of the country.

According to the IRGC, the exercise is meant to demonstrate Iran’s might and sustainable security in light of unity, convergence, empathy and harmony.

Iranian officials have already made it clear that the country’s military program, including the routine exercises and test of new missiles, will not be hampered by anything, including a recent nuclear deal with the Group 5+1 (Russia, China, the US, Britain, France and Germany), which took effect on January 16.