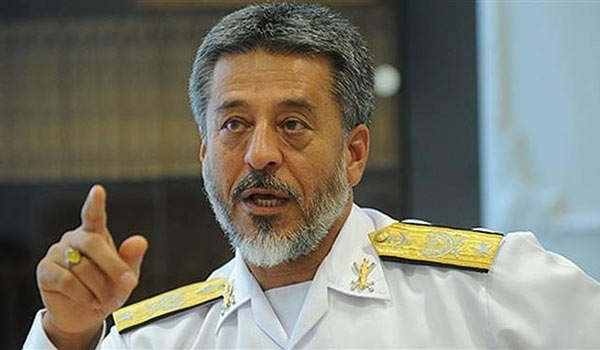 The Iranian Navy commander has underlined the full preparedness of his forces to confront and defeat all types of enemies and under any condition.

Iranian Navy Commander Rear Admiral Habibollah Sayyari said the enemies do not dare to attack Iran because they are well aware of the Iranian Armed Forces’ preparedness.

“No enemy will dare to give a dirty look to Iran due to the extent of the Iranian Armed Forces’ readiness,” Admiral Sayyari said, addressing the Navy personnel in the southern city of Sirjan in Kerman province on Wednesday.

The Iranian Navy commander underlined the full preparedness of his forces to confront and defeat all types of enemies and under any condition.

“The Iranian Armed Forces are able to control and repel threats decisively and swiftly in accordance with their level and type,” Dehghan said, addressing a gathering Iran’s diplomatic corps abroad.

He also underscored the country’s huge progress in the past few years in building different weapons and military equipment to defend itself.