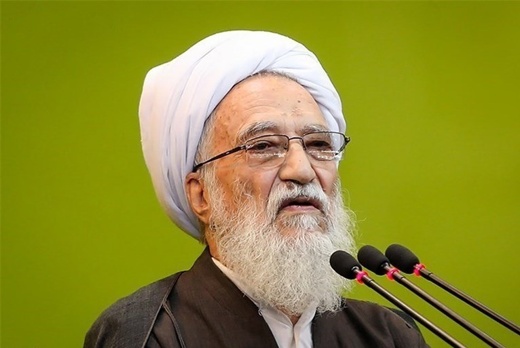 A senior Iranian cleric slammed the US government as the Muslim world’s archenemy, calling for attempts to let the whole world know about Washington’s criminal conducts and lack of commitment to treaties.

“If we manage to publicize the US crimes in the world properly, the (Middle East) region’s reactionary states will realize that they will gain nothing from (relations with) the US,” Ayatollah Mohammad Ali Movahedi Kermani said in an address to a gathering of Friday prayer worshippers in Tehran.

Calling for measures to show the US’ true colors to the world by disclosing its crimes, the cleric pointed to Washington’s breach of the Joint Comprehensive Plan of Action (JCPOA), a nuclear agreement between Tehran and the Group 5+1 (Russia, China, the US, Britain, France and Germany), and its refusal to lift anti-Iran sanctions under the accord.

The JCPOA did not yield any results, and it became clear that the US lies and does not honor commitments, Ayatollah Movahedi Kermani deplored.

He also emphasized that Iran needs to resolve its problems by relying on domestic capabilities, stressing that the US would never help the country settle its woes.

His comments came after Leader of the Islamic Revolution Ayatollah Seyed Ali Khamenei reiterated on Wednesday that negotiating with the US government will not resolve Iran’s problems, but will aggravate them.

“We need to solve problems by ourselves through reliance on the local capabilities and young forces,” the Leader said.

The wrong and “very dangerous” notion that détente with the US would resolve Iran’s problems can be proved false with detailed reasoning, Ayatollah Khamenei underlined, referring to the US violations of the JCPOA as a glaring example of falsehood of that concept.