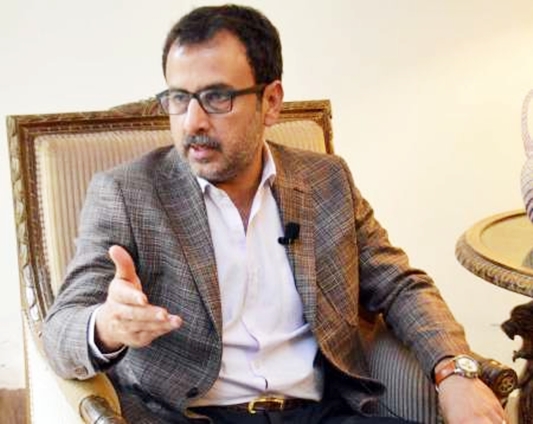 The Chairman of the Pakistan National Assembly Standing Committee on Foreign Affairs believes that the Chabahar deal signed between Iran, India and Afghanistan, if looked at positively, will be an opportunity for the whole region.

In an exclusive interview with IRNA, Sardar Awais Ahmad Khan Laghari said, “Chabahar, as a port near to Gwadar port in Pakistan, would create a positive competitive environment in that area and it will make both more efficient.”

The senior member of Pakistan’s ruling party (PML-N) reiterated that Chabahar and Gwadar ports ultimately would be run very professionally and, if there is positive competition, it would be helpful and beneficial for both Iran and Pakistan and other regional nations.

“I am the least concerned about any negative impact of the deal. Yes, it could have a negative impact if some players of the trilateral deal are able to convince their partners to use the deal against Pakistan’s interests but I am sure our brother and close neighbour Iran will never allow Chabahar to be used negatively against Pakistan’s interests, just as we would never allow any of our facilities or soil to negatively impact Iran’s economy,” said the MP.

Awais Laghari, a former federal minister for Information Technology (IT), went on to say that Iran and Afghanistan moving closer to India does not mean they are moving away from Pakistan.

“We don’t have any issue with India’s relations with any country in the region, and we do sincerely hope and pray that they do have a very good relationships with Afghanistan and Iran. But India has had a reputation in the past of using these relationships or this platform against Pakistan, and we are concerned about that,” he pointed out.

He viewed both Iran and Afghanistan as intelligent, mature and responsible enough not to move away from one country because they are getting closer to another country.
“I strongly believe Iran’s independent relations with any other country will never result in even a small gap between Pakistan and Iran and neighbouring, brotherly nations. The visit of Iranian president Hassan Rouhani to Islamabad earlier this year was very successful,” noted the top parliamentarian.

“I think there might be problems on both sides in the completion of the IP project but Iran, in my opinion, should press upon the international community to quit its double standards and allow financial institutions to invest and help the IP project reach completion in Pakistan,” said the political leader.

Awais Laghari, son of late Farooq Laghari, a former President of Pakistan, said Iran has had very good positive negotiations with the West, so they can press upon western countries to support projects like IP.

Pakistan to continue facilitating Afghan peace talks
Commenting on Pakistan-Afghanistan ties and the Afghan peace process, Laghari said, “Pakistan will continue to facilitate the peace talks as much as it can, but the success of the process depends on Afghanistan because it is an “Afghan-led and Afghan-owned” peace process, and other countries are just trying to help and facilitate.”

The MP said, “On the insistence of the international community, Pakistan has been engaging with the Afghan Taliban to convince and bring them to the negotiation table with the Afghan government.”

“Pakistan is not providing any kind of support to the Taliban. Pakistan is not behind illegal activities of the Taliban in Afghanistan. We are in a very difficult situation; on one hand we are sincerely making effort to bring the Taliban to the peace talks, as we have been asked to do by the international community and the Quadrilateral Coordination Group (QGC), but on the other hand we are being accused of not using force against the Taliban. It is not possible to use force against the group and at the same time, convince them to join the peace talks.”

Five key stakeholders in the Afghan peace process
“I think the QCG’s future lies in the resolution of five key stakeholders inside Afghanistan: the parliamentarians who might feel insecure because of the Taliban coming into mainstream politics; former president Hamid Karzai, who still holds an important and influential position in Afghanistan; Ashraf Ghani and Abdullah Abdullah as two key players in the Afghan coalition government; and the intelligence agency of Afghanistan (NDS),” Laghari said.

He went on to say that all these five stakeholders in Afghanistan have their own way of thinking, so the situation is complicated. “Hence America, China and Pakistan are put together and working closely to make the QCG process fruitful.”

Pakistan-US ties at low point
Commenting on the current tensions in Pakistan-US ties, Laghari said, “Pakistan-US relations are at a low point right now, after Washington refused to provide funds for Pakistan to procure F-16 aircrafts as promised.”

He described a recent deadly US drone attack on Pakistani soil as another reason for the downward trend in Washington-Islamabad ties. A US drone attack in Pakistan’s Baluchistan on May 21 killed former leader of the Afghan Taliban Mullah Akhtar Mansour.

He said Pak-US relations are strong, but some complications have arisen in the relationship from time to time, which need to be resolved by closer contact.

Commenting on Pakistan’s close ties with China and its efforts to develop even better ties with Russia, the MP said, “Our relationships, including the ones with the US, China and Russia, are independent of each other. This is a world where every country and nation needs to work to protect its interests.”

Expressing his views on US drone strikes he said, “I am strongly against any drone attack or any military intervention on our soil. After the drone strike in Pakistan which killed Mullah Akhtar Mansour, we called the US ambassador and lodged our protest.”

He said, “I strongly believe that whatever has happened has hurt the sovereignty of our country and Pakistan has the right – and we are exercising our right – to protest this incident and to make sure that this kind of incident does not take place in future, when Pakistan’s reaction may be harsher.”

To a question on the 34-nation military coalition led by Saudi Arabia, of which Pakistan is a leading member, the parliamentarian said, “The role of Pakistan in the coalition is very clear, as the country will be sharing intelligence and providing some equipment.”

“Our policy is very clear that Pakistan will never want to play any role in coalition against the interest of any country in the region,” he said.