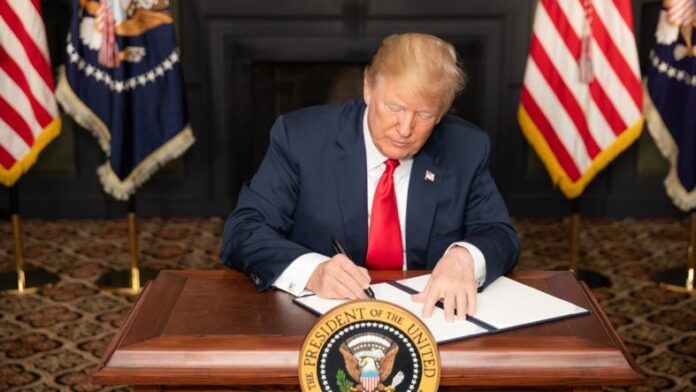 As Iran appears to have a difficult year ahead with the “harshest-ever” sanctions imposed by the Trump administration, the question that everyone is asking is can Tehran survive the US bans?

Trading for Iran has been unsettled recently due to the alterations in the deals made with the US, which in turn has meant that commodity trading for Iran, including their top export crude oil, has suffered.

In fact, just recently the country has struggled to find any buyers for their oil in their attempt to sell to private companies. Iran began to sell to these private buyers in order to work around US sanctions, but with threats from the US that any country trading with Iran would be unable to trade with the US, this isn’t working out as planned.

The US sanctions have most definitely taken a toll on the country; beforehand, they were selling 700,000 barrels of oil from the National Iranian Oil Company at $64 apiece. However, since November 2018 when Iran was shut out of the financial system as the US sanctions were reimposed, and sanctions on Iran’s crude oil exports we re-introduced by Washington, Iran’s president is still saying they can find buyers, even though this isn’t currently happening.

The US pulled out of a multilateral agreement with Iran that was made in 2015, as Donald Trump described the deal as ‘terrible’. This deal included strict controls in regards to Iran’s nuclear programme, in return for a lift of sanctions. Agreed between the US, UK, France, Russia, Germany and China, it was created due to Iran’s alleged efforts in developing a nuclear weapon. The outcome of the agreement left Iran agreeing to limit its allegedly sensitive nuclear activities, as long as their economic sanctions were lifted. However, as the US pulled out of the agreement, the sanctions that were lifted by the country back in 2016 are now being re-imposed once more.

Fortunately for the survival of Iran, other countries in the European Union that were included in the agreement don’t appear to be leaving the deal, with strong beliefs that Iran is sticking to their part of the deal.

As the US is such a superior country, however, many companies have followed suitby pulling out of investments with Iran, which has resulted in the fall for its crude oil exports. Any business with Iran comes at too high stakes for most countries and even though Iran’s economy isn’t completely reliant on the US financial system, many of the country’s trading partners are taking a step back and affecting the overall process.

As Iran appears to have a difficult year ahead of them, the question that everyone is asking is; can Iran survive these US sanctions? This year for Iran should witness some big changes, including celebrations for the 40th anniversary of its revolution. In addition, they wait to hear decisions made by the EU (European Union) regarding the options of continued trading with the country, regardless of the US sanctions. As of recent, the EU has been working on options, so the country will need to wait to hear the decisions that have been made.

As Iran wait to hear the outcome, they will continue to try to sell their crude oil to private buyers. Whether this is successful is another question, but only time will tell.